The Duchesse strawberry is an aromatic flavour bomb and is increasingly grown in France instead of the Clery variety. But also further north, this short day variety seems to hold great promise for growers. “The Duchesse, which we have grown in Planasa's French breeding program, offers a number of major advantages over the more well-known varieties such as Elsanta in the Benelux and Malling Centenary in the United Kingdom,” says Jorrit de Vries, specialist in the selecting of strawberries and CEO of the Dutch division of Planasa. 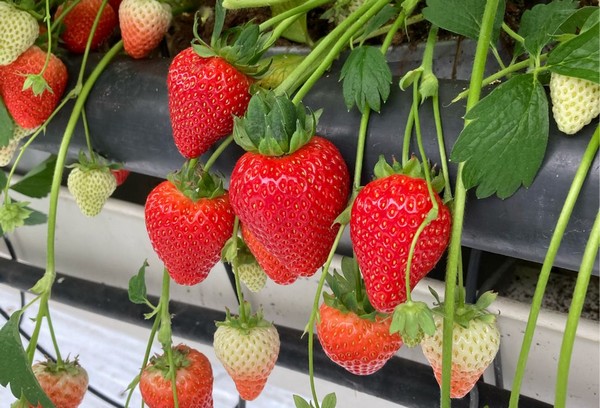 Two years ago, Jorrit started a project that looked at which strawberry varieties from more southern countries, such as Spain, France and Italy, would also do well in Northern Europe. The Duchesse was designated by the French breeders as a great contender. “The results of growing plant material in a country like the Netherlands provide very different results than if you would grow the plant material in, for example, Spain,” says Jorrit, “That's why we brought the Duchesse to the Netherlands and ran a number of tests with it this year. The Duchesse has already proven itself in spring cultivation in early heated cultivation and on supports outside. Now we are running the trial with the cultivation in the autumn. I have to say that this trial is going to be exciting. In particular, the question will be whether the fruits colour sufficiently during the dark days in autumn and the beginning of winter. For the time being it seems that things are going well. 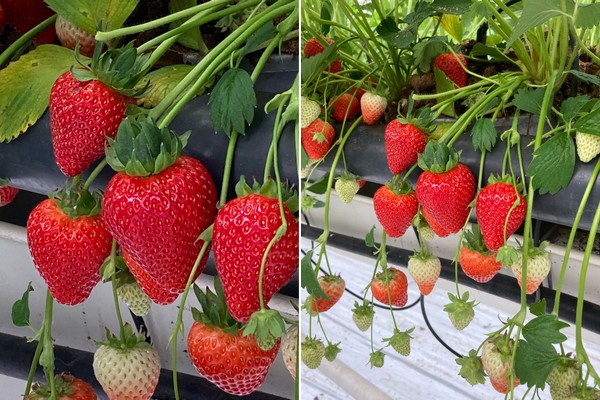 Harvest three times
As a short day variety, the Duchesse is suitable for continued cultivation. “That means that a grower will soon be planting these strawberries in August, so that strawberries can be picked until Christmas. Then the plants remain in the greenhouse and bloom again so that strawberries can be picked again in the spring. Probably with a third bloom. In total you could then harvest three times with one planting. However, this variety is not intended as a year-round variety. It is a short day variety, which means that it mainly produces many trusses during the short days. If you want to be able to produce year-round, you should look at day-neutral varieties. ” 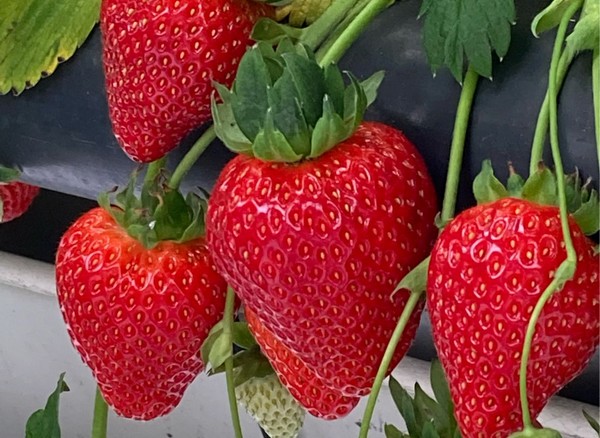 Advantages of the Duchesse
According to Jorrit, the Duchesse has a number of advantages over the current dominant varieties on the market. “Firstly, the Duchesse is a strong variety and less susceptible to mildew and, so far, no susceptibility to Phytopthora cactorum, two common diseases that mainly affect the Malling Centenery. Another big advantage is that Duchesse is a lot earlier. If we look at the Elsanta, the Duchesse produces more similar fruits, while with the Elsanta sometimes produces strawberries that are too small or deformed fruits. It is precisely that appearance, colour and shelf life that are important in the fruit trade. The Duchesse responds to this. ”