"Each of us can do it on our own, or do it together"

One of the world's leading container shipping companies is encouraging customers who rely on logistics to transport food to become more collaborative in developing a more digitally advanced industry to cope with future demand.

MSC is headquartered in Geneva, Switzerland, and its Global Chief Digital and Information Officer, Andre Simha, spoke as part of the online Cool Logistics forum. He says companies need to work together to challenge business models, and drive the entire supply chain towards a new era of connectivity, transparency and efficiency. 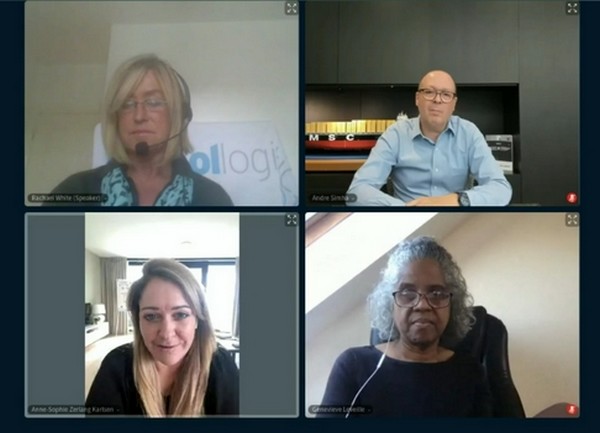 "Each of us can do it on our own, or do it together," he said. "If we do it on our own, we will all invest substantial amounts of money and people and in the end our customers will not reap the benefits. If we do it together, we can share some of the costs and research and ensure we give our customers a solution, which actually works. We must also remember that while digitalisation is only one part of transforming our industry, we acknowledge it may be difficult for some to invest in it, however, only mass adoption will make it accessible to everyone."

One common problem, according to Mr Simha is that if a company is shipping a 'smart container' between two continents, several carriers may be used along the journey. So, the customer can only have an uninterrupted service if the carriers have implemented a compatible communication solution on board.

"Personally, I believe a win-win solution is sharing a unified digital ecosystem. One that is defined by all of us, working together," he said. "When we spoke to our customers from different sectors, they all confirmed that they want to be in control of what is being monitored, and how exceptions are being dealt with. Needless to say, that they want reactivity, traceability and the inclusion of an encrypted private communication channel. To this end, we have launched a series of pilot projects that are underway as we speak." 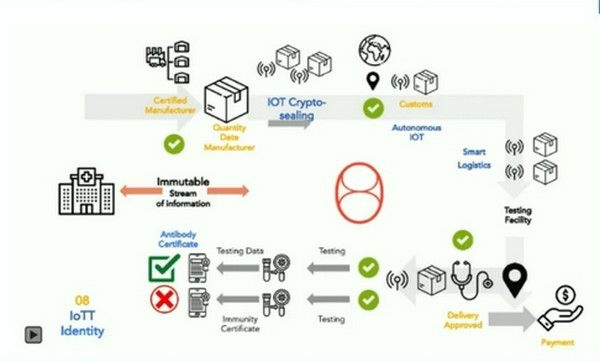 He added that it was not just about containers because, while they have revolutionised shipping, with improved innovation, such as bigger and more efficient ships, faster turnaround and the use of technology for better monitoring and traceability, one third of food produced (1.6 billion tonnes each year) globally is lost or goes to waste, which can add up to $1.5 trillion dollars.

Mr Simha explained that to embrace the full potential of the Internet of Things (IoT) companies had to look at the whole supply chain journey from an end-client perspective; meaning the best practices along each link in the supply chain, both inside and outside of the container, will ensure as much shelf life is passed on as possible. He says his company MSC is not doing anything majorly different from the rest of the industry, but he points out one difference is its goal is to share information.

"It is not about replacing people with digital technology, or competing with other carriers, but it is about meeting future demand as the population reaches 10 billion by 2050," he said. "In 1980 there were four billion humans, and we shipped three billion tonnes - 40 years later, today, we have doubled our population but are shipping nearly four times the cargo, 11 billion tonnes. By 2030 we will have to ship another five billion tonnes, but we don't have the 40 years to get there. We recognise the need of meeting the growing needs of the industry. "

Digital Container Shipping Association (DCSA) was formed in 2019 as a neutral non-profit association trying to drive standardisation, digitalisation and interoperability in the container shipping industry. Mr Simha, is also chairman of this association and says forming standards is just as vital as any new technology or robotics in the industry moving forward.

"We need to get the standards sorted out, otherwise we are never going to be able to share information in a way that makes sense to the end user of the data," he said. "A lot of customers are multi-carriers, so, they don't want to have a different method and a different interpretation of the data for each of the partners."

Anne-Sophie Zerlang Karlsen, Global Head of logistics company TWILL, in the Netherlands also took part in the forum. She agreed that data sharing was important, but says the issues of trust and, who owns the data are commonplace among client companies.

"The data is there, but there is a lot of things for people to sort out," she said. "One thing I have learnt is that everything is about trust. Today, in most reefer systems there's Remote Container Management (RCM), so there is no real need to have separate data loggers any more in your fresh produce because you have the data, from RCM. But a large number of our customers still spending money putting data loggers in containers. Why is that? It comes down to trust. We have long spoken about the divide between the shipping companies and cargo owners. When you talk about transparency or digital engagement models, trust becomes psychologically more important. So, it's not so much about how to make the data available in real time, that is there, but how do we start building trust that is needed for customers to start using as a standard?"

While Ms Zerlang Karlsen admits TWILL does not currently use refrigerated containers, but the company is looking at getting that form of transportation onto their platform as part of a wider approach to "re-think logistics".

"I really hope the approach, whether it is carriers or logistics providers, is that we can get to a point where there is actually a collaboration between the partners," she said. "It will only be when we get to collaboration, uniform solutions or standards, will we be able to maximise value for our customers."

AgriLedger is another company that took part in Cool Logistics. It has been providing solutions throughout the agriculture supply chain with the power of Blockchain technology, to help provide many benefits for the farmers and suppliers including efficiency and traceability. A major project the company is involved in is a World Bank-sponsored Development Aid Initiative, allowing farmers in Haiti to maintain ownership of their produce until the sale at final destination, and hopefully improving their returns, while providing support through the process.

CEO Genevieve Leveille says a lot of time is often wasted without data sharing; understanding where products have been and how things have happened. 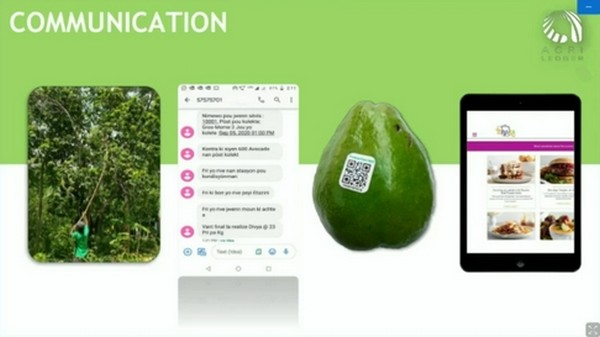 "My vision is that a mango or avocado coming from Haiti, if there is a problem with the reefer that we don't go running around trying to pin fault per se, because sometimes things happen," she said. "But from that (data) we can trust that the right thing has happened. The other key point we have learnt from Haiti is that you don't need everyone with a smart phone, you just need them to participate and provide the data that is needed to create that consensus across everything. There is a great opportunity to look at how to mitigate the issues and losses that we are having."

Ms Leveille added that often the term digitalisation is understood to involve complex technology, however, it could be as simple as just having an up-to-date phone and streamlining the information in an application platform. She also says the company chose to use an "R3 platform" to help ensure that the client's private data was adequately secured.

"We also look at the data in two ways; the right or permission to write versus being able to read it," she said. "What we are doing is that the data that is being collected is now being made available through the observer notes. If the shipping company was part of it, the idea would be that they would be able to get all the pertaining information relating to that shipment that they need to have access to. What is very key to blockchain is allowing many people in the same industry to partake, without having to worry that their data is going to be at risk from the wrong people or prying eyes."