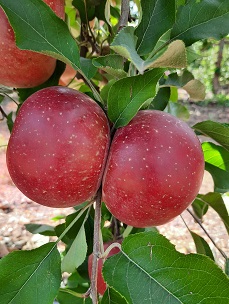 SAPO Trust, a Deciduous Fruit Plant Improvement Organisation, says that its field days in March this year have gone a long way to revive interest in the Fuji category. In fact, it expects that the demand for its new full-red Fuji Royal will drastically increase over the next few years.

He notes that it possesses all of the characteristics for which Fuji is esteemed: good eating quality with crispness, good size and storage ability. 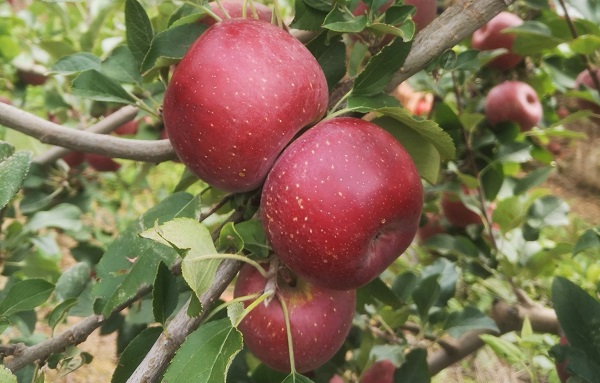 Until 2020, about 45 hectares of Fuji Royal have been planted, with an additional 80 ha (roughly 133,000 young trees) projected to be planted next year. The cultivar has a high chilling requirement and it is important to plant it in regions which promote good colour development.

In the Ceres and the Elgin areas Fuji Royal is harvested at the same time as other Fuji strains, which is from the first to the second week of April.

Remarkably, the Fuji Royal mutation was discovered in 2011 when both farmer Robert Zulch of Wakkerstroom in the Witzenberg Valley of Ceres and Buks Nel of Tru-Cape Fruit Marketing, found two full-red Fuji mutations. When the required testing period of at least two years was conducted by the Department of Agriculture, the similarities were evident and confirmed, and when both clones were found to be significantly different from any other Fuji clones. That, in itself, qualified them for potential Plant Breeder’s Rights. Most interestingly it was also found that both these clones did not differ significantly from each other. It was recommended that a single PBR application should be applied for under one name only, i.e. Fuji Royal. Plant Breeder’s Rights were thus granted for Fuji Royal in 2018 to the joint owners Robert Zulch and Tru-Cape Fruit Marketing and SAPO Trust is the licensee on their behalf. 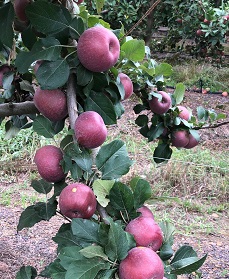 Another of Nel’s discoveries is also a Fuji mutation: Shortie is striking for its precocity.

Because of this Shortie can start to bear as early as in the second leaf.

Shortie fruit is characterised by an extremely short stem.

The first commercial Shortie orchards were established last year, with another ten hectares or so on the way.

Because of the upright growth habit and its spurriness (see photo), Shortie will have to be planted at a much higher tree density than standard Fuji clones.

Tru-Cape Fruit Marketing is the owner of Shortie and SAPO Trust its exclusive licensee.