The vegan boom is having a marked effect on the UK’s pumpkin industry with growers planting more of the edible variety than ever before. Demand for edible or Sweet Cooking pumpkins, as they are officially known, is up by 150 per cent in the last two years at Tesco. 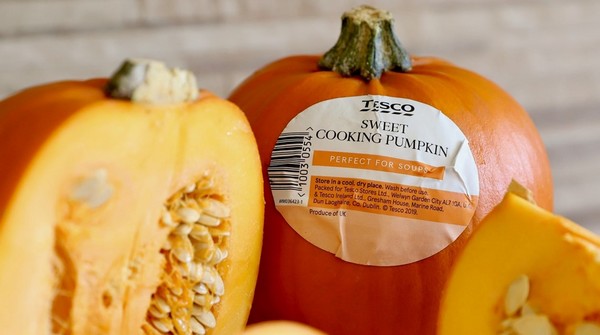 Tesco pumpkin buyer David Tavernor explained: “Thanks to the plant-based food revolution they’ve become really popular with vegans, even taking pride of place as a Christmas centrepiece for the festive feast. The edible ones are far sweeter than the carving variety and because of the growing demand we’ve re-branded them this year as Sweet Cooking Pumpkins.”

Oakley Farms, based near Wisbech in Cambridgeshire are one of the UK’s largest suppliers of pumpkins, growing about five million each year.

Steve Whitworth of Oakley Farms said: “Britain is becoming more like America in that pumpkins are also bought to eat and their sweet flesh is delicious in soups and pies. As a result of this growing popularity we’ve planted 100,000 Sweet Cooking pumpkins this year.”