The weather and pests continue to take a toll on the kaki harvest in the province of Valencia, the fruit's main producing area in Spain. Last Saturday, a hail storm hit kaki plantations in the Ribera del Xúquer, mainly in the municipalities of Carcaixent, Alzira, l’Alcúdia, Alberic, Benimodo, Guadassuar, Massalavés and Benimuslem.

The Association of Valencian Agricultural Producers AVA ASAJA estimates that there are some 2,000 hectares affected, with damages totaling around 4 million Euro. 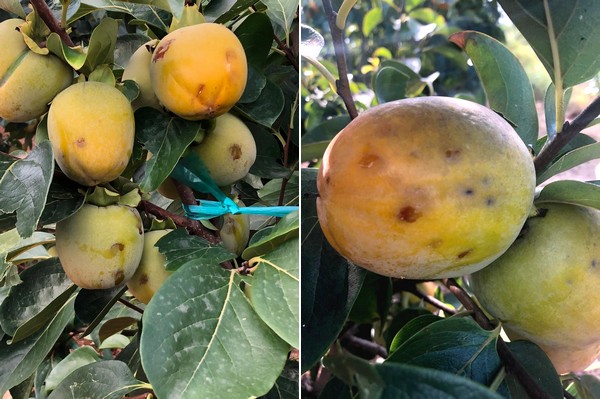 “The kaki volumes continue to decline. Hail has not caused significant quantities of fruit to fall, but it has damaged its commercial quality. The fruit affected has been rendered useless to be marketed as first or even second category. In many cases, the fruit will only show internal damage,” says Pascual Prats, president of the Spanish Kaki Association. "We hope that the damaged fruit won't enter the markets, as it could lower the value of the kakis that do meet the right standards to be exported," he says.

Although this year's harvest volumes had been expected to fall by up to 35% compared to the previous season, both due to the drop in yields caused by the weather and the severe impact of pests such as cotonet, whitefly or –unexpectedly– Mycosphaerella, after this latest hailstorm, they could even be reduced by up to 50%. "For the time being, we do not know exactly what the magnitude of the damage is. The experts in the fields still have to complete their evaluations. In about ten days we will have a new update,” says Pascual Prats. 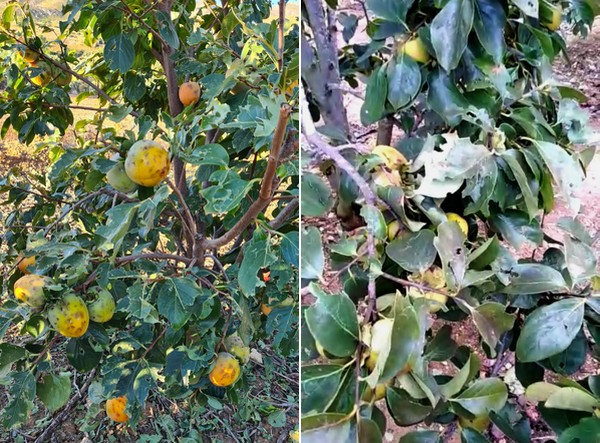 For now, according to the president of the Spanish Kaki Association, the campaign's balance is positive in terms of prices and, although it is still early, better results are expected compared to the disastrous previous season. "This year we have fewer kakis, but we have enough volumes to spread our sales out and regulate the market, thereby maintaining some stability between supply and demand. The objective is to defend a good price, so that both producers and marketers can obtain acceptable profit margins. I think this can be a good campaign," he says.