“Israel could play an important role for Greek pear exporters”

The Greek pears will be making their way to Israel this year, in larger quantities than previous seasons. The Israeli's had preferred pears from Spanish origin, but current demand suggests they have made the switch this season. Demand for Greek pears overall has been increasing over the past five years, one exporter says.

The season for Greek pears is still in full swing, and so far the season has provides satisfying results, says Paris Karastergios, the import-export coordinator for Kastargiou P. Bros S.A.: “The Greek pear season has been really good quality wise, given that there is very little rust on the pears, while last year that was a big problem for all varieties cultivated in Greece. The weather was favorable for the trees, as there were no freezing temperatures during the blossom period. The weather was warm enough during the harvest without any drop of rain, pears were harvested between week 29 and week 33, so the pears were put into storage with neither defects nor any other damage.” 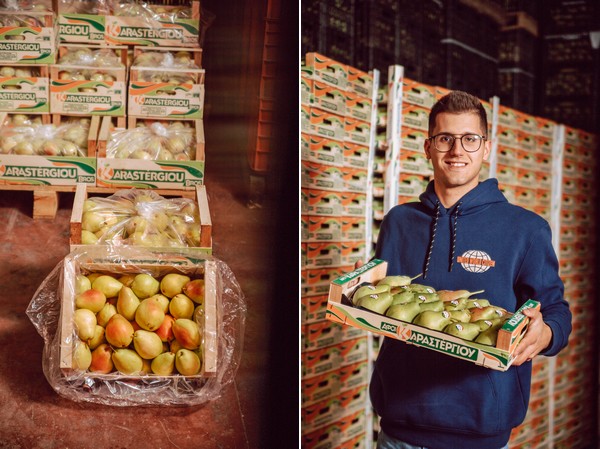 Karastergios feels the season will be at its best as soon as the stone fruit stop being offered by both Greece and its competitors: “The season has not reached its peak yet, given that stone fruits such as peaches, nectarines and plums are still offered by either Greece or our competitor countries, such as Turkey, Italy or Spain. Thus, we expect the demand to be strengthened as the time goes by, while the temperature starts to drop even more. Furthermore, some key markets for us have not shown interest in importing pears yet, as they wait for their domestic pear supplies to run out and only then start their imports.”

According to Karastergios the demand for Greek pears is rising, as both loyal and new clients are increasing their orders. “For the last four to five years the demand for Greek pears has been steadily increasing, especially from the countries in the Middle East, such as Lebanon, Jordan and Israel, and this year is no exception. The quality of our pears, the varieties that are preferred by the people of those countries and the successful exporting attempts of the last few years have created a faithful clientele for Greek pears, which is being widened with new markets that have shown interest in our products.

"This season it seems that Israel can play a more important role for Greek pear exporters, as we detected a more vivid interest for Greek pears, while they preferred Spanish pears in the past. I believe that the unloading of pears destined for Jordan at the port of Haifa has played a major role in the introduction of our products to importers in Israel.” 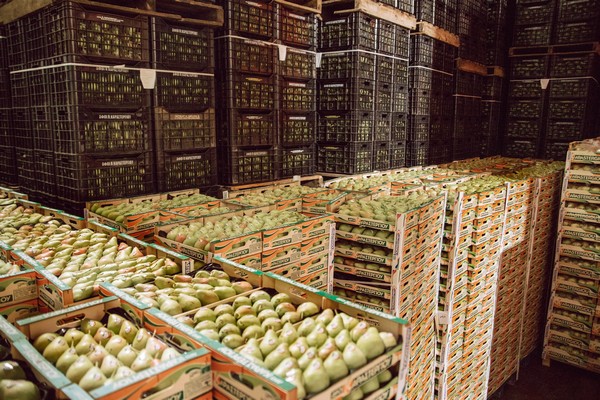 “Our company offers three different varieties of pears: Coscia, Santa Maria & Blanquilla pears. Coscia is a relatively small-sized variety, with crunchy skin and fresh and sweet taste. Santa Maria is a medium to large sized pear, with fruits from size 50 to 80. Its yellow skin with red blush is really thin and its taste is sweet and sour and it has an extended shelf-life, especially when it's treated with Smartfresh,” Karastergios says.

"These varieties have found faithful clients, not only in the most Middle East countries, but also in the Balkan countries and some central European countries, such as the Czech Republic. Lastly, the variety of Blanquilla pears is the most cultivated variety in Greece, however is known in a few countries, despite the fact that its taste is really sweet, and it has a butter-like texture, which makes it ideal for kids.” 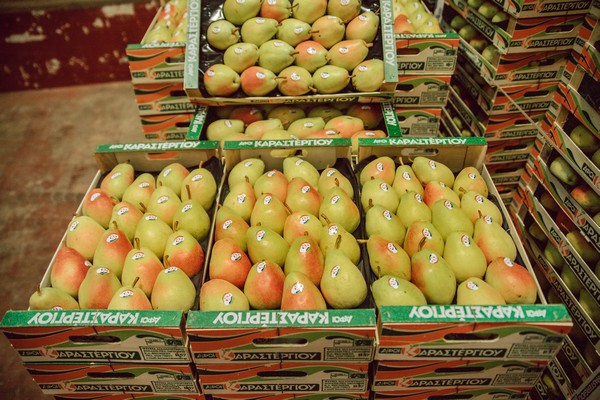 Karastergios states the company’s goal is to set up a new high-tech packing house for their pears: “Our total volume of pears this season sums up to 1.8 to 2.0 million kilograms. It's the biggest volume of pears that we worked with up to this point, as we use our storing capacity to the maximum. Last year we renovated our refrigerating equipment with state of the art equipment, both in terms of hardware and software. This season, our main goal is to establish a new high-tech packing house for pears to increase our packing capacity, and in the next few years we plan to expand our storing capacity with a whole new facility.”

The season is far from over, and Karastergios says there are still challenges ahead. The largest one has to do with smaller sizes. “We see a higher demand for smaller sizes than usual, as many of our clients are mostly interested in sizes 50/55 and 55/60 this season. Thus, there is a bit of struggle to supply the medium sizes, 60/65 & 65/70. We are in discussions with large Indian importers who are willing to start importing bigger sized Santa Maria pears. However at the moment we are stuck between the bureaucratic procedures of India and Greece. I hope that in the next one or two years we will be able to open the Indian market for our Greek pears, where the demand for fruits of high quality and great taste is growing strongly.” Karastergios concludes.