Supplies of Mexican rambutan are beginning to wind down.

The Mexican rambutan season is a short one—it begins in June and ends right around Thanksgiving. “Right now the Mexican season is about five weeks away from the end and supplies are declining. They started to about a week ago,” says Yasmani Garcia of Sweet Seasons in Hidalgo, TX. “They’re still available but we’ve jumped to Guatemala for supplies for the last two weeks.” This is the first year Sweet Seasons has turned to Guatemala to supplement supplies from Mexico, whose supplies will become increasingly tighter until the end of November.

At the same time, demand is good for rambutan, particularly from the Asian market. “We’ve handled rambutan for five to six years and in the beginning, we’d only bring in three loads the entire season,” says Garcia. “Right now, in certain weeks, we can get up to five loads in one week.” He does add that the acreage has slightly increased this year by approximately 20 percent given how much more output the company is receiving. 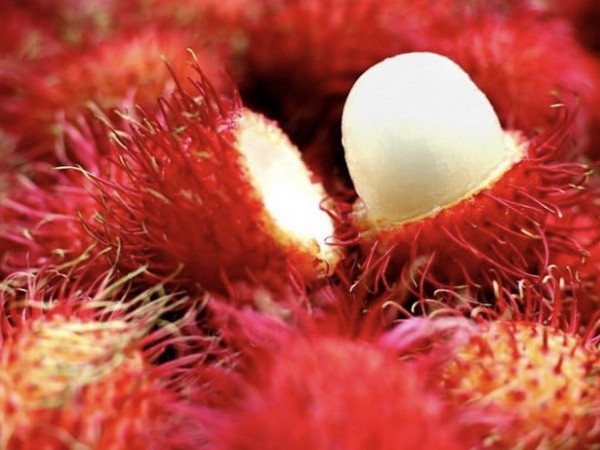 A delicate touch
Yet, the fruit is a delicate, challenging one to handle. “It’s sensitive to temperature changes. It basically doesn’t survive any changes at all,” says Garcia. “While the fruit itself is protected and fine to sell to retailers, the hairs on the outside need to be shiny green and shiny yellow. Once they start going red or dark, that’s bad news for retailers. The wholesale market might take them but retailers won’t and that’s where most of our items go.”

As for pricing, Garcia notes the pricing on average has been $15 or $1/lb. FOB Texas. “There’ve been points where it’s been a little lower. Right now, it’s higher because we made the jump to Guatemala so it’s about $1.10/lb.”

Rambutan is just one item Sweet Seasons will discuss at this year’s PMA Fresh Summit being held virtually October 13-15, 2020. “One reason we do the show is we like to go see our customers face to face. But I realize it’s not the right time for that,” says Garcia, who adds that the marketing team at Sweet Seasons has put a lot of work into preparing for this show. “They’re doing all sorts of videos and have creative ideas to get our name out there.”