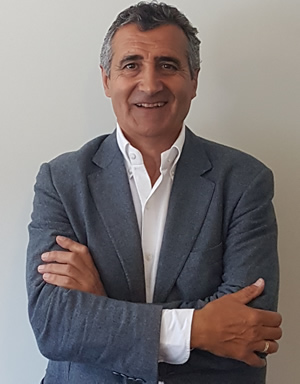 The orange market has never been busier. Melon and lemon sales have their dips, but also good weeks. But sales on the pineapple market have been difficult all year. "Why that is, is a real mystery to me," says Miguel Gonzalez of MG Fruit in the Netherlands.

"When you talk to suppliers in Costa Rica, production must be much lower. Many, especially smaller, growers stopped cultivating. That's due to the recent years' - and certainly last year's - low prices. There are also major shifts in consumption levels. I wonder, weekly, why prices have been so bad for such a long time already."

"If pineapples were a hospital industry item, you could explain this. But, they're, after all, a true retail product. But, for now, prices are, however, under great pressure. Sales prices are at around €7 to €8. But, cost prices are between €7 and €7.50. Considering this, you don't have to be a mathematician to see that this can't continue for long. It can last a few weeks. But, then, there must be some compensation. That's not been the case for a long time now," says Miguel.

According to him, the problem's source lies deeper. "The big problem, not only with pineapples, is retailers. They want to pay an ever-lower price at the source. However, at the same time, they're imposing ever-stricter requirements and certifications on their producers. These costs are being unilaterally passed on to producers. That makes it impossible to survive from a cost point of view. That's especially true for smaller producers, even though their products are often of a higher quality."

Gonzalez is very frustrated. "Nobody dares say it, but something is fundamentally wrong in the chain. Supermarkets brag with all kinds of (social) certificates. But, the costs go entirely to the producers. I see many supermarket purchasers trying to squeezing the producer, rather than considering the source of the issue. Precisely now, in these COVID-19 times, when everyone is being asked to show solidarity. I think supermarket prices should move to become much more in line with the supply and demand market situation. That'll ensure products have the correct turnover rate."

"I'm not generally optimistic about the pineapple market. Costa Rica is struggling already, socio-economically. The tourism sector is its most important source of income. But, due to COVID-19, that's shut down completely. It's also very tough to get laborers from, say, Nicaragua, into Costa Rica. Overall, it's a worrying situation. We'll soon have to deal with this during the melon season too," concludes Miguel.