The cherry orchards in Tasmania are still in the early blossom stage and according to Tony Coad Manager of Marketing and Sales at Reid Fruit it is looking good for the coming season.

“We have had a good winter with average rainfall with nice cool temperatures giving lots of chill hours.”

Reid Fruit will harvest the first cherries in mid-December running through to mid-February. 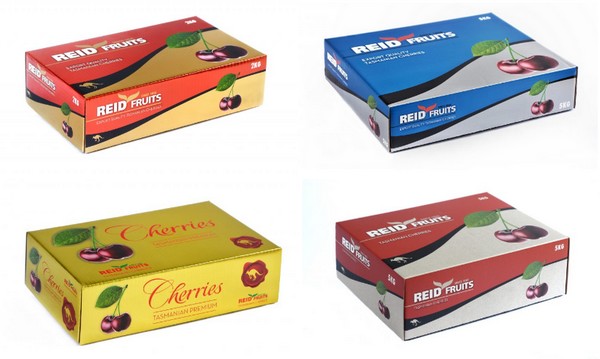 The COVID outbreak in China which shut down the country in February, came just after the New Year celebrations. “We were very lucky in that we had 80% of our cherries sold by Chinese New Year. The difference for us was that the market shut down for the New Year and didn’t open up again. Some other Asian markets were also subsequently affected, it made the last two weeks a bit tricky but didn’t have a major impact for us.”

Tony said that some of the big importers got caught out with large volumes of Chilean cherries arriving just before or during the lock down, some of which lost a lot of money.

“We are starting to hear more positive reports now though especially in the fresh fruit and vegetable market. The Canadian and US cherries did well in Asia.”

In the past Reid Fruits have flown all of the cherries into Asia and Tony admits that they have been worried as to how that would work this coming season.

“It seems that the outlook for availability of airfreight for later in the year is becoming more positive as time goes on and airlines look to add more flights from Australia. Despite this we will look to do some seafreight trials this year.”