According to Te Tai Tokerau Water Trust, the potential for a second drought in Northland shows the vital importance of large-scale dams. The trust was formed this year to help progress water storage projects, helped along with $70 million in Provincial Growth Funding.

Work is expected to start this month on a 750,000 cubic metre reservoir near Kaikohe – one of the towns so severely impacted by drought there was a real risk taps could run dry in February. However, the reservoir will not be ready for use until the first half of 2021.

Deputy chairman Dover Samuels said the 2020 summer drought was a real wake-up call in Northland, and more droughts are likely due to climate change: “Northland is a region that was severely affected by the last drought and it looks like it’s going to be repeated again this time, maybe worse.” 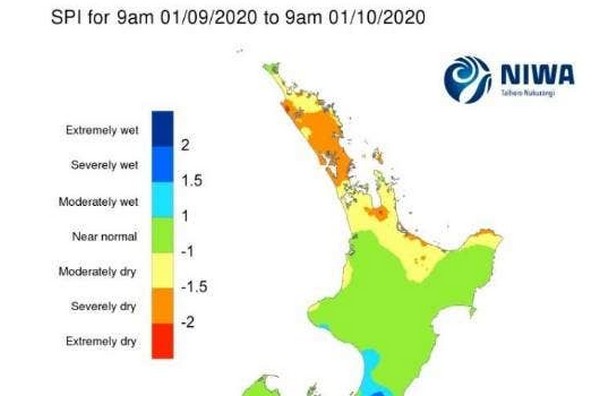 The drought was widespread across the North Island and saw the least rainfall in 50 years for parts of Northland.

Niwa’s latest three-month climate outlook predicts a drier October in the north, with northeasterly winds introducing more moisture in November or December. However, soil moisture and river flows are most likely to remain below average.

Samuels said Northlanders have previously been used to dry periods ending with rain, but there is no certainty of water now.