At the start of the stonefruit season South African exporters fly out fruit to cover supply gaps in between shipments. Around 13% of South African stonefruit is transported by air, but this year the cost of air freight and the availability of flights cause uncertainty.

There has been a doubling of air freight costs, raising concerns about the early shelf space usually occupied by air-freighted fruit. 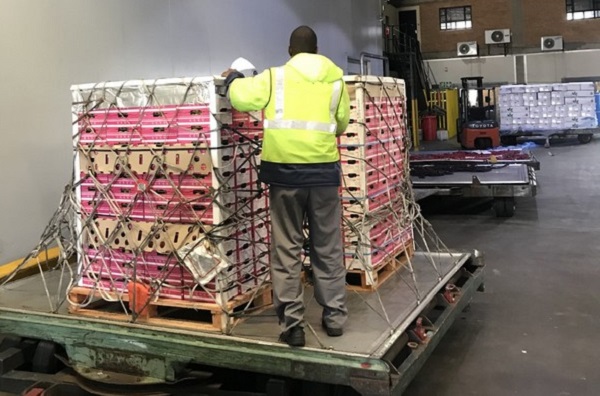 "The costs are ridiculous," says an exporter, "It's one to three US Dollars more expensive - per kilogram. It adds up pretty quickly. An airline pallet now costs around US$7,500 to send."

He adds that the retail price for a fruit like a nectarine can't jump by one British Pound from one week to the next; consumers just won't buy it. The UK is the main market for early stonefruit from South Africa, followed by Europe.

Fortunately, however, Spain and Italy are mostly finished and South African exporters are hoping for a stronger market in Europe. Some traders have been receiving more inquiries for early peach and nectarine varieties.

The orchards are looking very good, the exporter notes, with ripening a bit delayed by the Cape's cool spring. Near Cape Town the major Theewaterskloof Dam is reported to be on the verge of overflowing.

"For once we're very optimistic about the season ahead."

Blueberries & flowers dominating fresh air freight
Blueberries and flowers have been taking up much of the reduced air space - 53% of South Africa's blueberries were flown out during the 2019/2020 season.

The cost of trucking blueberries from the Western Cape to Johannesburg adds approximately R1,500 (77 euros) to a pallet.

A plane can take around 1.5 tonnes of flowers in a pallet, compared to 2.5 tonnes of stonefruit and 3.4 tonnes of blueberries, according to a freight forwarder. The latter is therefore often the automatic choice when allocating scarce space within a plane.