First reports of grey necrosis on hazelnuts in Chile 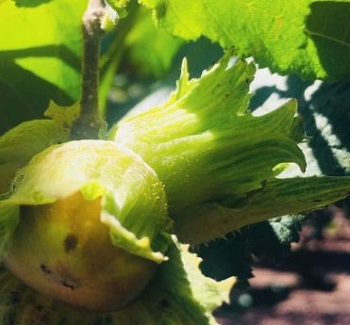 "During the productive stage of Corylus avellana (hazelnut) in La Araucanía, Chile (October-December 2018-19), we observed symptoms consisting of a brown-greyish spot occurring at the bottom of the nut and enlarging upwards to the apex, and affecting around 30% of plants. In severe infections the bracts were also affected. Symptoms were consistent with grey necrosis reported in hazelnuts in Italy, and caused by a fungal complex formed mainly by Alternaria spp., Diaporthe spp.and Fusarium spp," the scientists at Universidad de La Frontera (Temuco, Chile) explained. 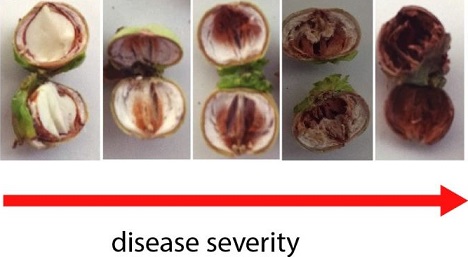 The pathologists continued: To our knowledge, this is the first report of grey necrosis on hazelnuts from Chile and control strategies are urgently required due to high economic losses reported in Europe (i.e. 30% in Italy). In adAdition F. sporotrichioides and A. alternata are highly active mycromycetes and are associated with mycotoxin production which is a human health risk."