Every September, the Dutch Arable Farmers Union (VTA) does trial onion harvesting among its members. This year, the average yield among the participants is set at 59.2 tons/ha. In 2019, this was 59.6 tons/ha. So far, yields per hectare are more than one percent lower than the previous season. 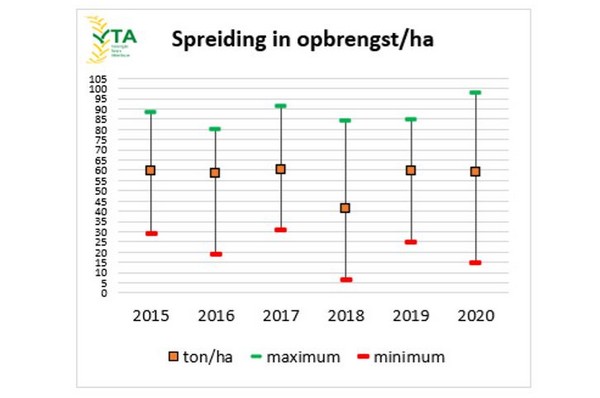 Vast differences
There are vast differences in yields per hectare. That's both regionally and between plots in the different regions. The minimum is 15 tons/ha, while the maximum is 98 tons/ha.

This wide spread makes it difficult to determine a good average. For yellow onions, yields are 15 tons/ha higher in the northern provinces than in the southern ones. For red onions, this difference is about 6.5 tons/ha. These significant differences aren't surprising.

Not if you consider the wet winter and the difficult spring with a long period of dry weather. Or the periods of heat and localized heavy rain and hail. Plus, the fact that not all the farmers can irrigate equally easily.

The real picture (estimate) among growers is that average yields are a few tons lower than last season. Most farmers who have already stored their onions think the difference in yields, compared to the previous year, seems greater than these preliminary figures show.

In the north of the Netherlands, it's 71% and 61% in the south. That's for yellow onions. Red onions are almost all the same size. Regardless of where they were cultivated - 66.7% (northern provinces) vs. 65.2% (southern provinces).