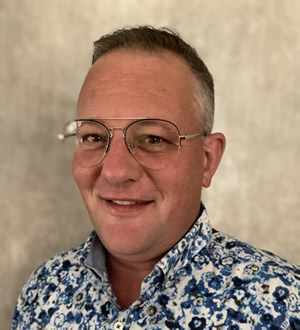 Kees Zandijk of VOF Zandijk, in the Netherlands, has seen the coronavirus’s impact on the onion market. “There are currently no significant obstacles on the export market. So, you notice the uncertainty. As a result, there's still some reluctance in the market.”

“Rules might be tightened, or perhaps lockdowns announced. That could certainly affect onion exports. Red onion exports are even more sensitive to this. And if the hospitality industry is faced with tighter measures or closure, the market will react accordingly.”

Kees is clear about his company’s role in the onion chain. “We try to distinguish ourselves by being an agent rather than a trader. That allows us to take a neutral stance with buyers and sellers, without having to wear a particular hat. It also lets us communicate openly without having any position in the market.”

“We think that’s a good thing for all parties involved. Also, we try to set ourselves apart by offering all trade. That’s effective to avoid surprises. Nor do we have any ambition to go into export ourselves. It is better to leave that to companies that are focused on it and have years of experience.”

“The onion set season began with high hopes for the market and prices. The winter onion sets started with grower prices of €0.25 - €0.27. Spring onion sets trading got off to a start with prices of € 0.18 to €0.22. As the season progressed, prices dropped by about €0.01 to €0.015 a week. On average, yields weren’t disappointing, with a few exceptions, of course. However, the quality of some batches fell quickly, especially in the areas that were irrigated later,” says Kees.

“Seed onions got off to a difficult start. But they started growing reasonably well, except for the cold ground and pre-germination. Many lots that could be irrigated got watered multiple times. But in certain areas, that wasn’t possible. That due to the water’s high salinity or nearby seed potatoes. Trading has been between €0.15 and €0.16 for a while. During the growing season, these products are traded at €0.12 - €0.15, depending on the batches. In the polders, there are, however, fewer plants. That’s good for growers because cultivation is costly.”

“There were a few hot weeks at the beginning of Augustus” explains Zandijk. “As a result, the early lots suddenly deteriorated. The late areas suffered during the heat, and growth ceased. When it rained, the onions started growing again. It’s difficult to estimate the yield. We have just started grubbing up, and it doesn’t look bad.”

“There’s a fusarium in the polder areas again. I don’t think the spray worked everywhere due to the weather conditions. In short, there’ll be higher losses this season. That’s because of the fusarium, hollow onions, and lurking germination. The onions will, however, be larger this year. That’s due to the lower plant density”.

“Senegal opened its border to Dutch onions. So, we exported a lot there. England was also starting to take decent amounts of onions again. And the Far East is asking again too,” is how Kees summarizes the first week of September’s sales situation. “As always, Europe is firstly self-sufficient.”

“It will show interest in the Dutch onions later in the season. Poland has a reasonably good harvest, although it varies somewhat from region to region. This was different last year when the Poles were already loading Dutch winter onion sets in July. But, in recent weeks, some onion sets with ‘a story’ have been loaded for Poland.”

When asked what the onion sector’s biggest challenge is, Kees firstly mentions keeping onion flies at bay during cultivation. “That used to be possible thanks to the IC on the seeds. That’s not allowed this year. What’s more, every year, substances are removed from the allowed list. So, only inferior substitutes are returning. That’s apart from those still in the pipeline.”

“However, the fusarium in the known areas has also been and is increasingly becoming a problem. The challenge, therefore, is to maintain an extensive expansion plan. Especially in the areas that this disease hasn’t reached yet. These plans are also needed to deal well with onion waste and losses. The seed breeders have been working on this issue too. For years, they’ve been developing resistant, tolerant varieties.”

In short, quality onions remain very important for the onion market. Of course, we are dependent on nature. Climate change isn’t making things any easier, but it certainly offers opportunities too,” concludes Kees.