“We are now seeing an increased interest in using Xtend MAP solutions for blueberries exported by sea freight,” says Dov Unterslak of Precool, StePac's distributor in South Africa, ahead of the upcoming South African blueberry season. 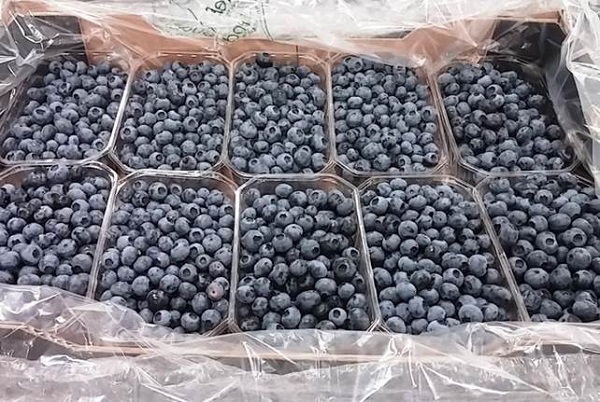 These solutions are already prevalent in other parts of the world, including Chile and Peru, where they are used for shipment of blueberries to distant destinations including Europe and Asia.

"They represent a suitable alternative to Controlled Atmosphere (CA) containers for several reasons," continues Dov. "When properly designed MAP is used, the value is maintained for longer periods of the supply chain, essentially from the moment the fruit is packed until the packaging is opened, either at the importers, the supermarket, or the consumer's home. CA is only maintained during the shipment phase. Quality will begin to deteriorate during storage before loading into the CA container and upon removal from the CA container at the importer's facility. MAP also helps reduce weight loss whereas CA provides no protection against weight loss."

Xtend MAP has already been proven for South African blueberries. Last season a local exporter trialled the packaging for several varieties of blueberries shipped from South Africa to the UK.

Xflow™ lighter on time, plastic and labour
South American blueberry producers, who started with the Xtend carton liner, have since moved to the innovative Xflow system, a patented system developed by StePac that facilitates bulk flow wrapping of blueberries packed in punnets and clam shells. 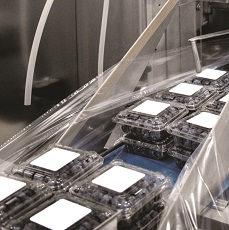 In South Africa the Xflow system is yet to be employed in the fresh produce industry.

The advantage of Xflow is that it reduces labour costs associated with packing and saves up to 30% in film use. "It also helps combat social distancing, improves horizontal air flow through the cartons and is more aesthetic than conventional bulk packaging," says Ivo Tunchel, StePac regional manager in South America.

“After thirty days shipment from South America to China the fruit typically arrives in perfect condition, no condensation, even inside the clam shells, which is very important. No condensation means less microbial decay. The berries look fresh with and the natural bloom, which is such an important characteristic for blueberries, is preserved extremely well”.

Customers worldwide are happy to receive Xtend functional packaging for blueberries, because it has a climate-positive effect through reducing food waste. All the Xtend bulk packaging solutions for blueberries are recyclable for downstream applications, in South Africa as well. 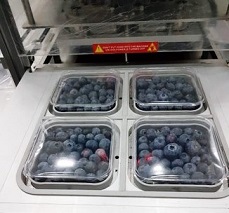 The Xgo modified atmosphere top-seal/ lidding film (pictured right) has been a game-changer for Chilean cherries and Peruvian blueberries.

The resealable lid has turned out to be very suitable for e-commerce and has answered the need of Chinese buyers to present something new to their clients, the company says.

Arrivals in commercial shipments have been very favourable and berries remain clearly visible with intact bloom because of the absence of condensation.

“We developed a new generation, high-performance, resealable film with excellent modified atmosphere qualities that takes the value all the way to the consumer. They can now open the package, remove some fruit and re-close it. Once re-closed, the modified atmosphere will regenerate to a certain extent and continue to preserve the quality of the berries,” Ivo explains.

"The film is fitted with a tamperproof security lock which adds to food safety. Once opened, the film can be resealed many times with no reduced performance."

The resealable lidding film is also being used commercially on Peruvian blueberries shipped to the USA.