It has been an unusual onion season this year in Peru. Roberto Monge of KeyPeru shares: “To begin, our season started three weeks early because of colder and more humid weather in the region. Because of this, the plants matured faster, though they weren’t really around the sizes we’d like to see; they were mostly between large and jumbo. That was at the beginning of the season, around the end of June and the beginning of July.” 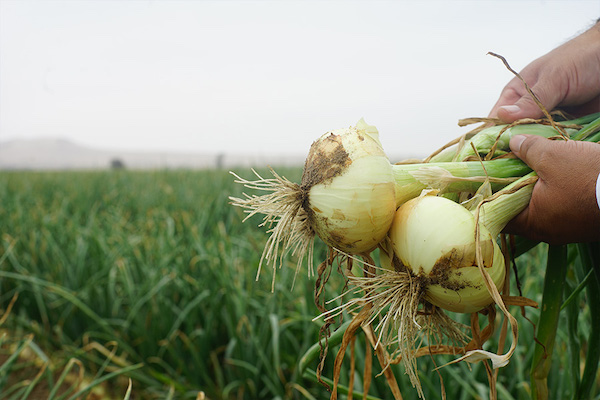 Average volumes but high demand
After the early start to the season, the volumes that were harvested were below expectation, though, as a country, they were right at the five-year average, and sometimes even a little above it. “This was because there were more hectares being harvested due to the weather, but overall, while we were on par with the 5-year average, the tons per hectare were way below expectation at the beginning of the season,” Monge explains.

While the volumes were lower than expected, the price was above average. “This is because the overall consumption in homes throughout the world has increased. While foodservice is an important market for us, retail demand spiked when the foodservice dropped off. So much so that it actually made up for, and went beyond, the foodservice market,” shares Monge. 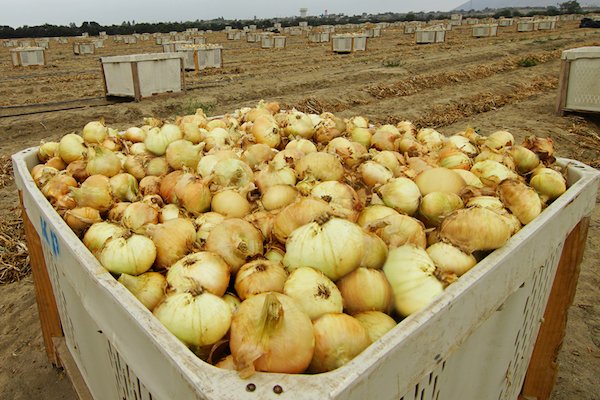 He adds: “People are cooking at home more often, and onions are a staple ingredient that can be added to almost any dish. We hope that after we get through the pandemic, people will continue to cook at home more often and the demand will stay at this elevated level. At the same though, we are also very cautious because we don’t want to see the volumes in the market increase tremendously as a response to this higher demand, which might not last, and then cause the market to crash. We’re already seeing more onions being planted, and likely next year we’ll have a bit of an oversupply because of this, because we don’t know if this high demand will last into next season.”

Diversified markets
Peru is shipping their onions to 17 ports throughout the world, Monge shares. “There’s ports along the east and west coast of the United States, multiple European ports, and then we’re also seeing a lot of activity in Central America, so Peru has a lot of active markets for their onions. This year, the US ended their domestic season a bit earlier than usual, which allowed the Peruvian onions to come onto the market earlier, so we’re seeing higher demand from the US too,” he says. 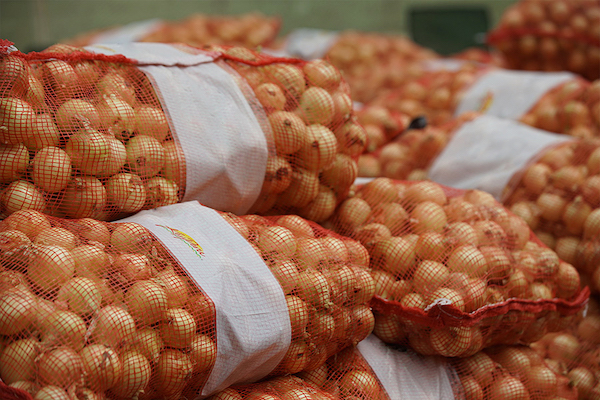 Shortage expected in the next three weeks
The start of the onion season in Peru coincided with the virus spreading rapidly throughout the country. This meant that there was a bit of a labor shortage at the start of the season. “We were harvesting earlier, but we also needed to be transplanting onions, too. Because we didn’t have enough labor, we had to make a choice, and throughout Peru the growers decided to put harvesting first and the transplanting second for a short time. These transplanted onions from the start of the season will be coming into maturity in the next 2-3 weeks. There will likely be lower volumes at that time because throughout the country less onions were transplanted. But this will only last about three weeks until the volumes will return to normal levels,” Monge explains.

Overall, the season is going well and while it started early, it is still expected to end on time with enough volumes to fill the programs, Monge concludes. 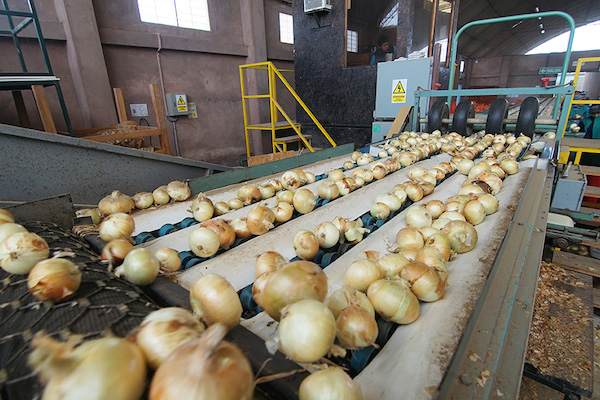