20 hectares of cultivation starting next year

Sicilian ginger will soon be headed for European markets

"Intrigued by the health benefits of ginger, we have started a research in the nutraceutical and business field on this very interesting product. It was found that the rhizome of ginger has a myriad of beneficial effects of which, in some countries, are adjuvants in traditional medicine. We have discovered that there is great interest and a constantly growing consumption in Europe." These are the words of Amedeo Amato, a traditional horticulturist and owner of the family farm, who has embarked on the experience of growing ginger as well. 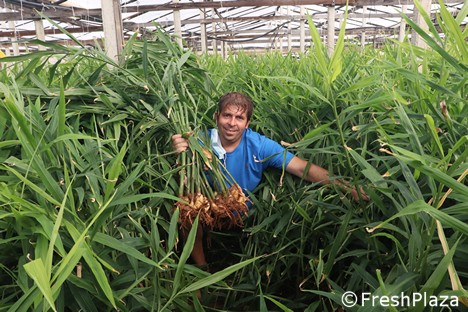 "After preliminary studies - continued Amato - we decided to plant a modest area in the attempt to cultivate this tree. The success was almost immediate, thanks to our previous acquaintance. This year we are in the last phase of our field experiments, and from next year, our company will produce about 20 hectares in south-eastern Sicily, as part of a wider partnership aimed at covering a large part of the supply chain." 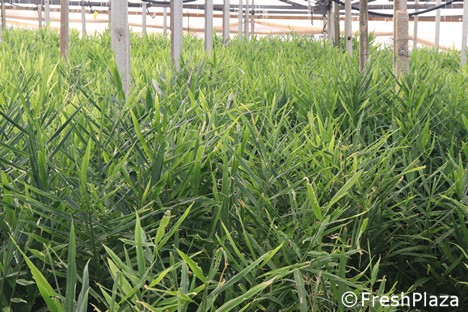 "The intention that we all embraced - explained the grower - is to make a super fresh, harvested, dried and packaged product available on the Italian and European markets in a very short time. A product that is completely different from the one cultivated on the other side of the globe, which is stored for months and then has to travel for 50 days at a considerable ecological cost. Italian ginger is much more environmentally sustainable and cultivated according to Italian food safety standards, known to be among the most rigorous in the world. Without mentioning all the organoleptic properties that are undeniably superior for all the reasons explained above." 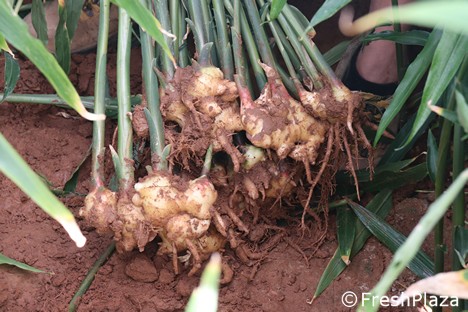 The sales market of the ginger produced by Amato is the Italian large-scale retail trade which, according to the producer, is waiting "for larger quantities to start a more branched diffusion on the territory of a product that is currently considered part of the fruit and vegetable sector."

"Once launched a more extensive production - emphasized the expert - we will not exclude the Northern Europe markets which, as is well known, already show great interest for the consumption of ginger. So far, the retail market in Italy has recorded encouraging prices for the product packaged in trays of 200 grams of Chinese origin, which has also reached 2.50 euro per package. We believe that a product of Italian origin can be well above these prices." 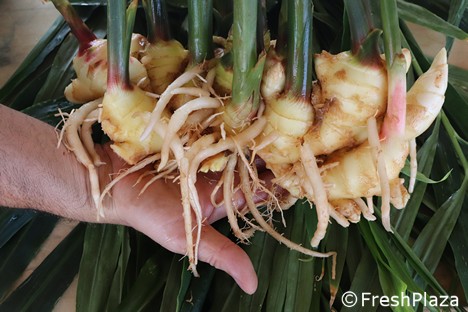 The product photographed is still not very mature and is only an example. "In Sicily ginger is sown in June and is harvested indicatively between December and January."