The corona crisis has wreaked considerable havoc in many markets. This certainly applies to the export of European greenhouse vegetables to North America. Feeling Fresh serves precisely this market and is celebrating its first anniversary in these difficult times. Still, the future is hopeful.

"We started in October 2019 and actually faced the corona crisis not long after," says Feeling Fresh owner Marcel van der Pluijm, who previously worked at Minnaar Holland, where he learned the tricks of the trade. “Due to corona, sales to North America have decreased by 50 percent,” he says about the past year. 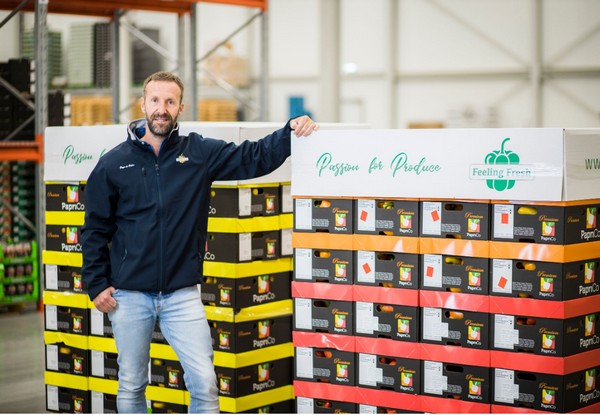 Air freight costs doubled
The reason for the decline is the enormous price increases in aviation transport. Due to the decline in international travel, air freight capacity has decreased dramatically. As a result, the exporter currently pays twice as much as before the start of corona.

Air freight costs play an important role in the cost price of European greenhouse vegetables, the 50-year-old entrepreneur emphasizes. “It is often thirty or forty percent of the selling price, but can even go up further. At the moment, for example, you can buy a box of cucumbers from Spain for six euros, when transport costs seven euros, so to speak. ”

Compete with Canada and Mexico
In De Lier, Feeling Fresh runs a warehouse where European greenhouse vegetables for the American market are consolidated. The exporter receives a wish list from a North American wholesaler or service provider, after which purchases are made directly from the grower. “But this is of course an exchange. It also happens that we pass on the prices and that an order follows. ”

Van der Pluijm says that regional production cannot always keep up with demand in America. It is the production fluctuations that the European greenhouse vegetable has to rely on. "In cucumbers, for example, you see a peak in demand in September when Canadian growers are working on a crop rotation and production is at a low level." There is year-round demand for certain products, the entrepreneur emphasizes. "Think of peppers, aubergines and peppers."

Canada is parallel to the Netherlands
Peppers are usually Feeling Fresh's main product. The pepper market in America is very similar to that in Europe. While Dutch peppers roll out of the greenhouse from March to November and Spain and Israel are dominant for roughly the rest of the year, these roles are played in North America by Canada and Mexico respectively.

“Canadian production is equal to Dutch production and Mexico will run from October, but peaks from January to May. You mainly see shortages in November, December and January. Those are good months for the European (Spanish) peppers in North America,” Van der Pluijm roughly outlines the American market. "The months of June, July and August are normally good months for Dutch peppers, but unfortunately nothing much has happened this year." 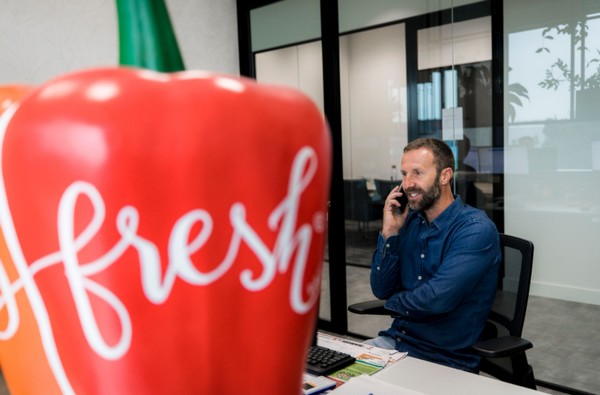 Corona offers perspective
Despite the enormous decline in sales, Van der Pluijm is still able to hold out and remains positive. “As a small company, we don't have high fixed costs. You can see that the air freight costs in the Far East and the Middle East have already stabilised. Hopefully, international aviation will pick up and more cargo capacity will also become available for the market in America.” He does not expect any real improvement until 2021.

In any case, a reorientation of the sales market is not yet on the agenda, the exporter emphasises. He thinks that the young company could eventually get the wind in its sails due to corona. “Corona has brought a lot of attention to healthy eating. This also applies in America and in this area the country still has some catching up to do," he concludes with a wink.