CoreFresh have arrivals of Spanish butternut squash this week with volumes more or less the same as previous years.

"The season started with low orders due to the Covid situation but the last two weeks the orders have picked up both retail wise, food service and catering," according to Richard Arnold, Commercial Director at CoreFresh. "The recent return of restrictions and the impact they will make to sales going forward is yet to be determined. The change to cooler weather has also helped sales as recipe cycles change and we move into Autumn/Winter ranges." 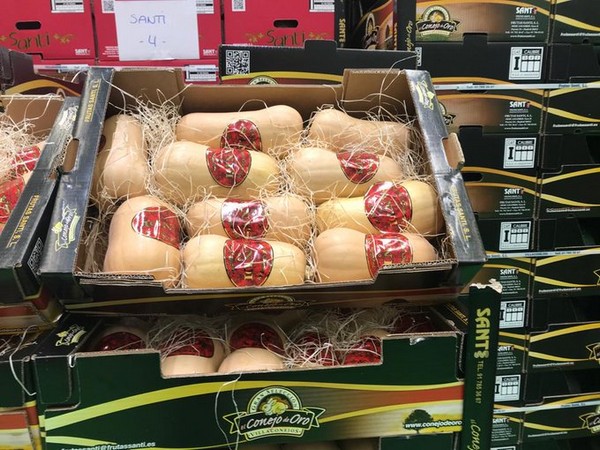 The Spanish and Portuguese seasons will run through until the end of February at least which is in line with a normal season with stored product.

"If sales remain as they are then it looks like this will be achieved but if sales drop off then it could be slightly longer depending on quality.  Our source from Ukraine starts a little later than the Iberian crop – starting in September compared to late June but the consequence is they can run 2 months later – again with stored product."

The weather in all growing regions has been kind this season and quality is good overall with good product from all sources.

Richard said that compared to five years ago the growth in sales has been immense with a product that was deemed as niche now sitting amongst the main stream vegetable section. The food service and catering business has also seen great growth with butternut now being part of many recipes.

CoreFresh serve the retail, wholesale and food service business 52 weeks of the year with non European product being sourced from Egypt which is a very new source along with Brazil, South Africa and ongoing trials in other countries.