Greenhouse grower broadly expands across the US East Coast

Little Leaf Farms, which grows crunchy baby green lettuce in the United States, is doubling its sun-drenched, greenhouse-growing capacity to 10 acres of lettuce fields under glass, producing more than two million packages of lettuce each month, and broadening distribution of the fan-favorite greens to stores across New England and into New York, New Jersey, Pennsylvania, and throughout the East Coast.

“It’s been a long time coming, but we have been outselling our competitors in all the major supermarkets for years,” said Paul Sellew, founder and CEO of Little Leaf Farms which has expanded from five to 10 acres in five years. “During the pandemic, we continued to see how vital locally-grown food is to keeping people healthy. Our customers rave about the freshness of our lettuce which is harvested and shipped within 24 hours. We consistently beat our competition in California and Arizona on quality and taste, and that demand warrants this major expansion.”

The company also recently bought 180 acres of land in McAdoo, Pennsylvania and has plans to build another state-of-the-art greenhouse there to further distribution down the East Coast of the sustainably-grown lettuce, produced without chemical pesticides, herbicides, or fungicides and with pure sunlight and captured rainwater. 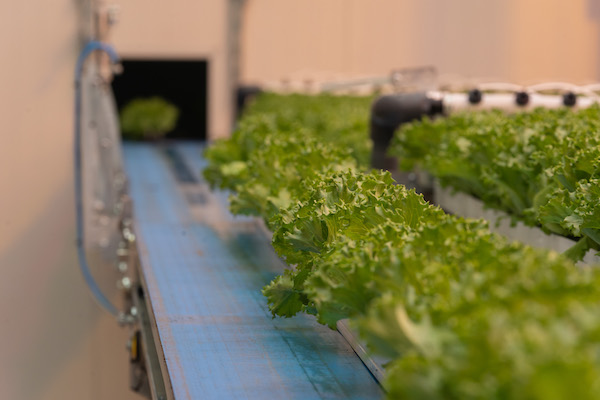 With the global hydroponics market expected to reach $16 billion in 2025, Little Leaf Farms also plans to build a greenhouse in North Carolina. Optimistic about the company’s strong financial prospects and projected growth, Bank of America has supplied significant funding for this expansion.

Little Leaf Farms disrupts the long-standing practice of growing and trucking 95 percent of the nation’s leafy greens more than 3,000 miles across the country from California and Arizona particularly at a time when wildfires, drought, and climate change are impacting growers in California. Instead, Little Leaf Farms’ greens are locally harvested and shipped to stores within 24 hours so they are fresher and maintain a longer shelf life.

By growing under glass, there is no risk of contamination because no human hands ever touch the lettuce, and the greens are not exposed to animal waste like outdoor field-grown lettuce, eliminating the hazard of E. coli, a common problem every year in field-grown lettuces in California.

“The East Coast is accustomed to lettuce that loses its freshness every mile it travels from the West Coast,” added Sellew. “So, Little Leaf Farms’ lettuce is a game-changer. By growing in what is called controlled environment agriculture, we have brought year-round produce back to the East Coast. It means we can all eat much fresher, tastier and crisper lettuce as a result.”