Francisco Rosillo, of Los Pisaos: "Competition with Egypt is brutal"

The sweet potato campaign is in full swing in Spain. Despite the success achieved last season, when the high demand kept sweet potato prices at a good level for much of the season, the acreage devoted to their production has fallen and prices are currently under pressure, partly due to Egyptian competition.

As explained by Francisco Rosillo, of the company Los Pisaos, from Motril, in the Spanish province of Granada, which is devoted to the production of organic sweet potatoes, the harvest started between June 15 and 20 with quite acceptable prices.

“However, due to the high price that the product reached last year, many growers went for the early varieties and in August the market became oversupplied. These varieties do not have a long shelf life, like the Beauregard, and they need to be sold very quickly. Its high sugar content causes it to start changing as soon as it's stored. Furthermore, the peel is not as consistent, so any friction damages them,” he says. “The market has not been absorbing as much as last year and the pricing needs to become more aggressive. This has resulted in organic and conventional sweet potatoes being currently at the same price level.”

However, the greatest competition for the sweet potato sector comes from other countries with overlapping commercial windows, says Rosillo. Right now, the United States is still offering a lot and Egypt is entering the market with a lot of sweet potatoes. “The competition from Egypt is brutal, since its prices in markets like the Netherlands are ridiculous, below our production costs, although its quality leaves much to be desired. The problem is that they are setting a precedent, and competing with that is difficult,” he says. "In the end, sweet potatoes are almost becoming a commodity."

Reduction of acreage in Spain
Despite the sweet potato boom in the market, the acreage in Spain has been reduced by between 10% and 15% this season, compared to the previous campaign. According to Francisco Rosillo, “production costs have increased by 30% as a result of the measures implemented to prevent the spread of COVID-19, and many of the restaurant chains that had started using sweet potatoes in their dishes have suspended their activity because of the pandemic.” 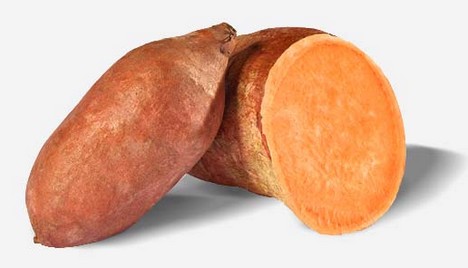 At the same time, sweet potato is a product that generates a lot of discards, with as much as between 30% and 50% of the production being discarded. This share, according to the sales person of Los Pisaos, goes to the processing industry. "The industry used to offer a reasonable price, but as the supply has increased, the price for sweet potatoes has been falling and those growers who are not specialized in delivering a high quality product end up giving up, as the activity becomes unprofitable."

In addition to organic sweet potatoes, Los Pisaos has around 50 other products. “We have started with the sowing of pointed cabbage and all the leafy plants. The potato planting will start in October or early November. This year, we are not going to expand; we'll be keeping the productions at last year's level, both in terms of acreage and volume,” said Francisco. He announced that this season the company will try offering its Spanish organic sweet potatoes all year round, as it already does with pumpkins thanks to the diversification of its production areas and the improvement of its preservation processes.