Supplies of domestic onions are coming on as new growing regions, largely in the Pacific Northwest, work through production.

“Overall, our supply looks normal. We’ve had the supplies we need and I think things are in balance,” said Cameron Skeen of Baker & Murakami Produce Company, LLLP in Ontario, OR. He adds that while California has essentially wrapped up, onions for North America are largely coming from Pacific Northwest states including Idaho, Washington and Oregon. Supplies are also coming from Colorado, Utah and Michigan.

In the Treasure Valley of Idaho/Eastern Oregon where Baker & Murakami is located, Skeen notes that Baker is ahead of harvest last year at this time. “Last year we weren’t harvesting yet or only very little because we had a cool and wet September. That reared its head later in the storage season,” he says. “But we’re at a historical norm for now.” 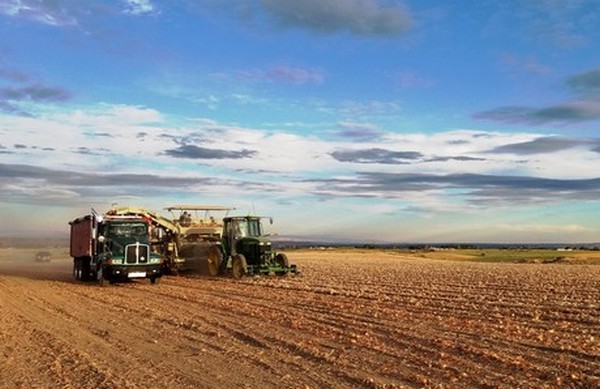 Smoke a concern
Given the proximity to the California, Oregon and Washington wildfires, the drifting smoke from the fires over nearby states is proving to be a bit of an issue for the harvest. “Some of the smoke over the last couple of weeks have limited curing or drying onions so it’s limited some harvest. Harvest may be off by a week to 10 days than normal at some locations,” says Rick Greener of Greener Produce LLC in Ketchum, ID.

Greener notes that with the start of the new crop, larger onions are right now a little scarcer. “New crop typically doesn’t have the larger onions such as the colossal or supers right at the start,” says Greener. “The size comes on after time. Over the next week or two, we should see more availability on those sizes.” That said, Skeen believes that overall sizing may be down slightly.

At the same time, demand continues to be strong from retail. “Demand has been up at retail and it will remain steady,” says Skeen. Big pulls seem to be still happening on smaller sizes for retailers. “And as different regions open up with more schooling and institutions, we’ll have more pull coming in—it just depends on the region and what their COVID restrictions are,” says Greener. “Every week is different and you’re just adapting on the fly.” 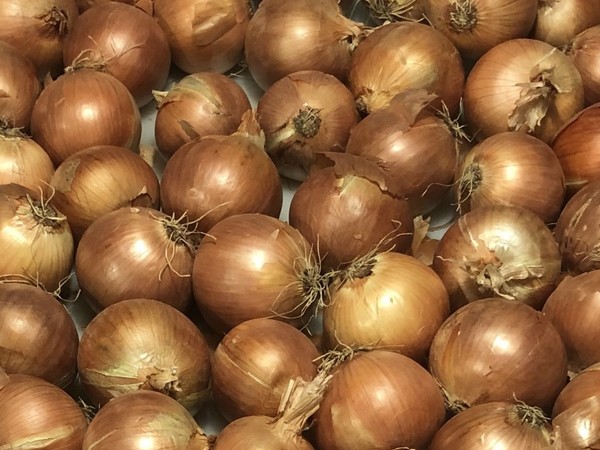 Trucking issues
While the smoke is one challenge growers are facing this 2020 season, it’s not the only issue. Finding harvest labor continues to be a struggle. But trucking is also a concern this season. “Trucks are tight--extremely tight,” says Greener. Following the closure of Railex’s Cold Connect, a refrigerator rail and cold storage shipper, growers and shippers are feeling that service’s closure. “There are a lot more loads to cover with trucks that RailEx used to cover. That has put a little more pinch on freight and due to the lack of truck availability, rates are increasing weekly and/or daily sometimes,” says Greener. “Plan ahead! For retail packs, pre-booking trucks and product is the name of the game right now.”

He adds that now that more retail is also pulling general produce product, it’s challenging to book retail bagging lines and machines in a timely fashion as well. “If someone has a truck for tomorrow and they want retail bags, we usually can’t load that truck until after two to three days,” says Greener.

Where has all of this left pricing then? Stable and lackluster. “We wish it was better,” says Skeen, adding that pricing is not at breakeven levels on jumbo yellow onions. “We’re at a position if you have good quality and yield and good production, then you stand a chance. If you don’t, then you’ll lose. Which is unfortunate.”