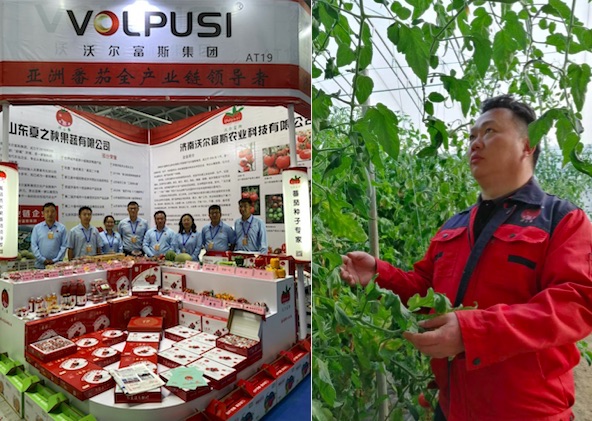 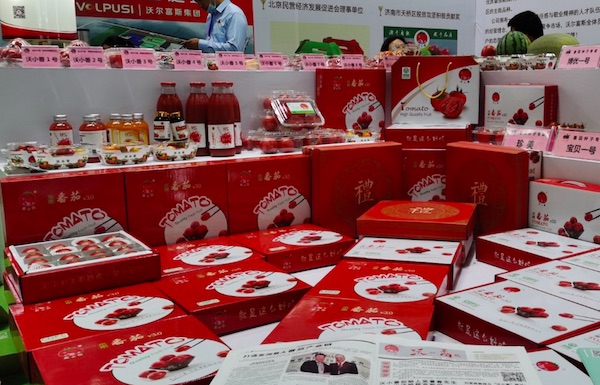 Volpusi Group participates in a fruit and vegetable convention 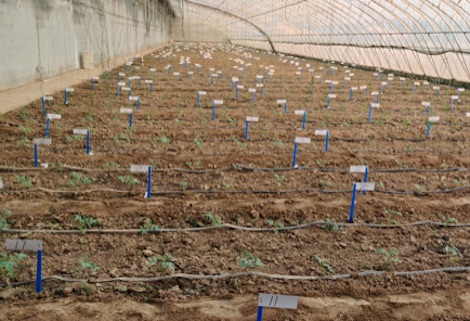 Tomato cultivation in the Jingchun Research Facility in Jinan City

"Our entire product series consists of fresh products, but we are currently exploring opportunities in the beverage industry. We currently sell our tomatoes both online and offline. We mainly sell the "Volpusi tomatoes" to large-scale vegetable traders and restaurants in first-tier cities such as Shanghai and Beijing."