First half of season slow due to pandemic

The Mexican lime season has been quite unusual this year, due to market abnormalities as a result of the pandemic. “Our season usually runs from April through the end of November, but this year we didn’t really see good movement until late July,” shares José Rodríguez of HTS Mexico, who grow limes in Veracruz destined mainly for the European market. 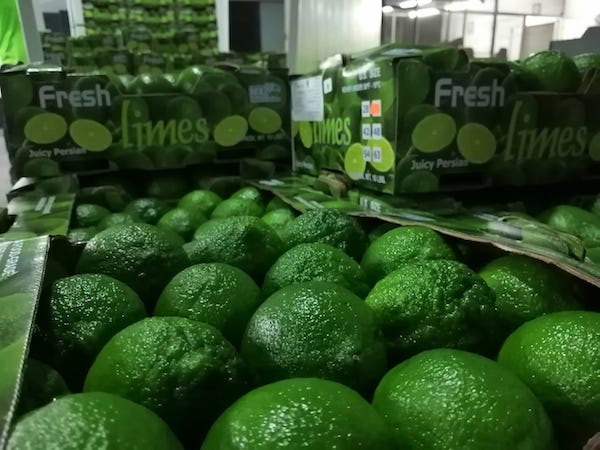 Loss of foodservice sank European demand
The reason for the delay of the start of the season was a lack of demand from Europe. “Limes are used a lot in the foodservice industry, and are a product associated with bars, restaurants, and social life. Because of the harsh social restrictions to protect the people from the virus, the market slowed down tremendously in those first few months. We were struggling with this for at least the first three months of the season. It’s only now that we’re starting to see more normal movement again so we’re working hard to try to get back on track,” Rodríguez explains.

While the European market wasn’t importing their usual volumes of limes, the limes continued to be harvested. In order to avoid loss of product, these limes were rediverted into other markets. “Most of the limes went to the US market, but even the US became a little saturated. Mostly from April through July, the volumes of Mexican limes sent to the US were higher than they normally are.”

Weather issues also impact season
In addition to the low demand from Europe, the month of July saw some extreme weather conditions which also impacted the limes. “We had extremely high temperatures and no rain. The quality of limes for the European market needs to be higher than those for the US market, mainly due to the longer distance these limes have to travel, and the weather conditions made that really difficult. But fortunately, that was only in July, and the quality is now back to the right levels,” says Rodríguez.

The weather conditions did also have an effect on the sizing of the limes, he shares. “This short season we’ve seen mostly medium and small sizes of the limes. A few 48’s, and then the rest mostly being 54 and 60. Sizes 36 and 42 were very scarce because of the rain issues in the harvest areas. Fortunately, the 48s and 54s work just fine for the European market, so it hasn’t been a major issue,” Rodríguez explains. 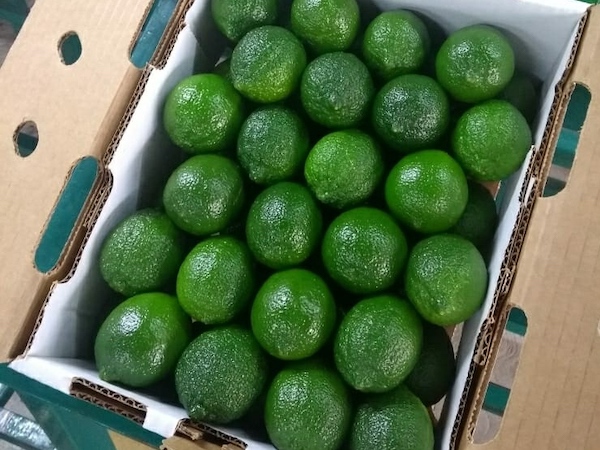 HTS Mexico is now in the second stage of their lime season and have another two months to go until the season wraps up. “Our regular loadings for the European market will go until late November,” Rodríguez says. “We’re hoping to have a good end to the 2020 season, and that we’re heading to a more ‘normal’ 2021,” he concludes.