Fall pumpkin movement in Canada looks to be brisk.

“Due to COVID 19 and the shortage of labor, they’re easier to pick. They require less work because they bin them,” says Mike Soufan with Calgary, AB-based Freestone Produce Inc. “And the farmers are pushing pumpkin on us because it’s easier to pick and pack.” Throughout Canada this fall there are multiple reports of shortages of labor in harvesting autumn crops such as apples.

Soufan also adds that the volume of pumpkins available this fall has gone up. “Pumpkins are coming from Alberta, Winnipeg (Manitoba), Ontario and B.C. this year too,” he says. “Ontario just started this week and we’re seeing heavy supplies overall. The season will wrap up at the end of October.”

In terms of sizing, Soufan says sizing looks to be average but that there’s greater selection of sizing this year as well. “And the quality coming in is great—I’m seeing pumpkins this year that I haven’t seen before,” he says. 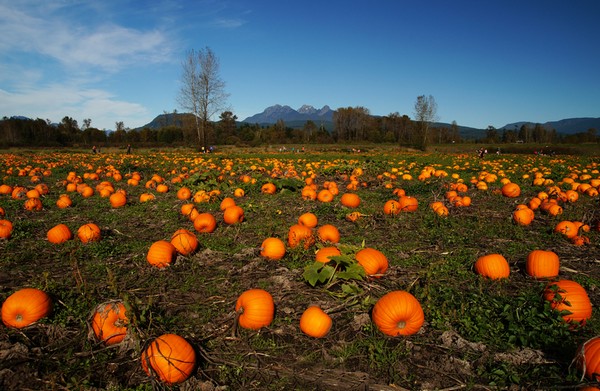 Cooking more with pumpkin
At the same time, demand is spiking for pumpkins as well. “They’re no longer just a fall thing,” says Soufan. “There’s a trend now of people making food for the winter—people are buying tomatoes to make sauce, etc. That trend is back and pumpkin is an easy vegetable to work with in storage,” he says. He adds that following the grocery store shortages that consumers saw in the spring when the pandemic-related lockdowns hit North America and the potential of a second wave of the virus making its way through Canada, consumers are now more interested in products such as pumpkins.

All of this though has left pricing as average for now. “It’s not low, it’s not high,” he says. “It’s the beginning of the season and I don’t think you’ll see lower prices because of the high demand now.”