Gerald Statford is a retired granddad with a passion for growing huge veg, but also a social media influencer, of sorts. The 71-year-old from Milton-under-Wychwood in the UK joined Twitter in February last year after some of his friends suggested it as a means of sharing gardening photos.

But Gerald hadn't a clue what was happening to his phone when he shared photographs of his potatoes in May - in a tweet that has now totted up more than 81,000 likes.

Ladbible.com quoted Gerald as saying: "I put it on Twitter and the phone went mental. I didn't understand really what was going on. I phoned my nephew up, who's more into computers than me, and he said, 'I'll come back in five minutes'. He says, 'You've gone viral'... I even had to ask him what that meant."

He said: "I'm 'The Potato King', 'The Vegetable King', 'Cheers' - because I finish off all my tweets with the word 'cheers', right, because I like the word, it's a happy word. It sends a positive happy message.” 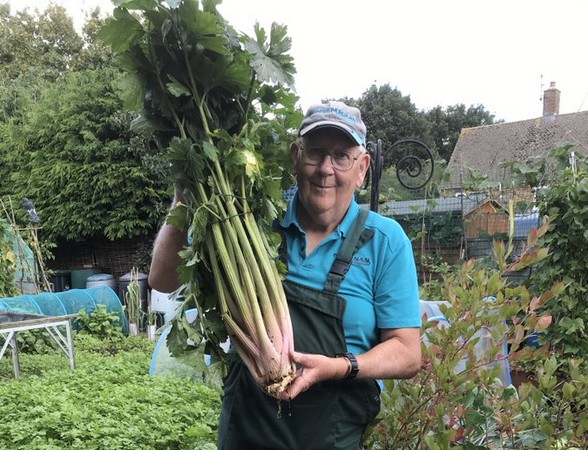 But you don't earn yourself a moniker like The Vegetable King without growing some serious veg - and Gerald really has. Among the greatest hits are a 152lb pumpkin, 50lb marrows and a 31-inch cucumber. He's also currently growing a tromboncino, a cucumber-like variety of squash, which has a 16-inch circumference and is 51 inches in length.