"Citrus fruits become more popular every year, even in summer"

The season for citrus from overseas will come to an end in the coming weeks - the last shipments left South Africa for Europe the week before last (September 12) and will be marketed until mid-October. We spoke to Sven Stahmer, KÖLLA Group's citrus import specialist, about the season. Even after 27 years of working in the sector, he still considered this season to be exceptional.

Due to the continuing good demand for citrus fruits from overseas, the season will end earlier than in other years. "Looking back, it was a good season, with high demand and good prices. But it was also a very intensive season," said Stahmer. 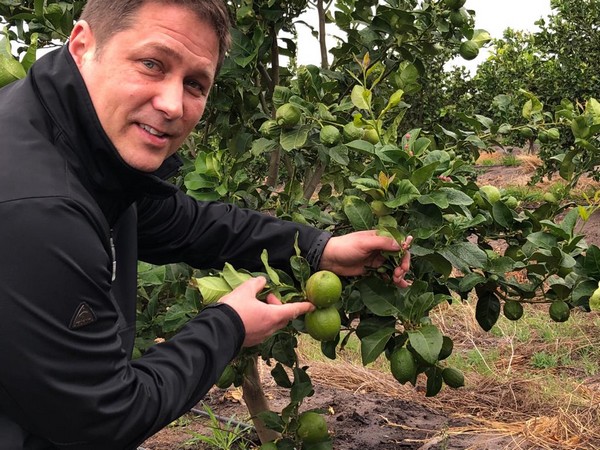 Sven Stahmer in the production area

The Valencia varieties had fewer small calibers, which in turn are needed for the packing programs. "The drought had a negative impact on many farms, especially in northern South Africa. After the drought, there was again a lot of precipitation. This, together with the fact that many trees were bearing less fruit, made the oranges grow much thicker. Thus the proportion of thicker oranges was much higher than in other years and the boxes were filled faster. This was one of the reasons why the overall export volume could be increased. On the other hand, the shortage of smaller fruits continued throughout the season, which in turn led to historically high prices. The consistently high quality of South African citrus fruits was of course also helpful. "Many producers in northern South Africa ended this year's season up to five weeks earlier than in normal years. It is also thanks to this circumstance that there was never "too much" merchandise on the market," Stahmer states.

The Corona virus was of course also a problem in South Africa: "Fields and packing houses could only be operated with half the workforce. Initially, there were bottlenecks in the containers that still had to be returned from Asia to South Africa. In addition, the ports were also temporarily overstretched, which led to backlogs at the shipping companies". This caused massive logistical problems and many delays: "In some cases, the goods were on the road two weeks longer than usual. As a result, there were never enough oranges in Europe and volumes were always in short supply. The corona virus and the associated high global demand for vitamin C had a positive influence on the demand for citrus fruits, worldwide, and was another reason for South Africa's increased exports," the specialist continues.

Shortages of Argentine lemons have made themselves felt
At the beginning of the season, in June, there was an oversupply of lemons. "Spain was still on the market with lemons for a long time, but at the same time goods from South Africa and Argentina were added in significant quantities, as the buyers in Asia were able to import much less at that time due to corona. When Argentina had to stop exports to the EU, the situation eased for the time being. But now in September the wind has already changed again, ships were delayed and goods are therefore missing," explains Sven Stahmer. All in all, South Africa has exported a much larger quantity of lemons to Europe than in the previous year.

In general, the expert Stahmer sees a trend in lemons towards an earlier switch to overseas goods: "Many of our customers are prepared to switch to the Eureka variety at the beginning of the overseas season. Earlier than in previous years." 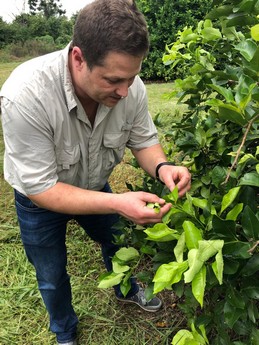 "Two years ago, the grapefruit season was difficult due to low demand combined with high export volumes. Last year, demand developed much more positively, although I was really very satisfied with this season. Prices were stable throughout and increased towards the end of the season. In the meantime there are hardly any goods left on the market," Stahmer said. The export volume from South Africa to Europe has fallen slightly compared to the previous year, as the Asian market has seen a significant increase in demand.

Soft citrus production has grown significantly in South Africa. "This will have a massive impact on the market in the coming years," the expert fears. "We had already expected a glut this year, but despite the export growth of approx. 34% to Europe, this has yet to happen".

Citrus fruit growth
So, all in all, it was a very turbulent season for overseas citrus. "Thanks to the very close relations with our producers and the permanent presence of our employee on site, we have succeeded in implementing programs agreed with our customers with a good standard of quality," adds the manager. In the long term, there is a trend to be observed on the market: "Citrus fruits are becoming more and more popular in Germany in summer as well. I see a similar development in Scandinavia and the Baltic region. Every year there is more demand in the warm season - a trend that will continue."