Mindful drinking consultant Zoey Henderson is due to launch a range of 0.5% AVB craft beers made with ‘medicinal’ mushrooms in the UK this month. The product is called Fungtn. It is a vegan and gluten free beer brand that includes an IPA brewed with Lion’s Mane mushrooms; a Citra Beer brewed with Reishi mushrooms; and a lager brewed with Chaga mushrooms.

Henderson, who discovered medicinal mushrooms during a trip to California, brought the brand to fruition during lockdown and is targeting Fungtn at ‘mindful’ drinkers seeking low ABV drinks that both mimic the taste of alcohol and deliver functional benefits. 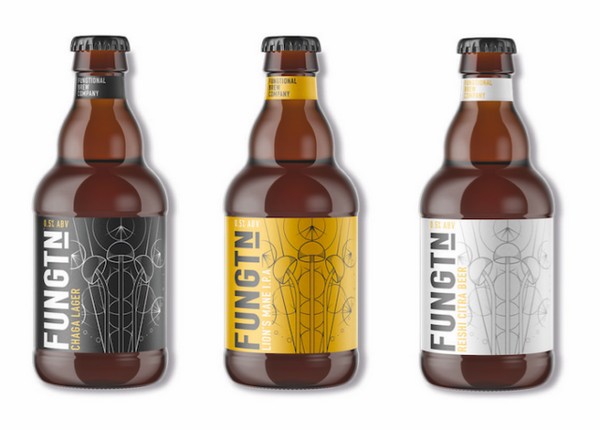 Medicinal mushrooms are a class of fungi known for their health benefits that have been used in medicine for centuries. According to Henderson they are known for helping the body adapt to psychological stresses, restoring homeostasis and supporting the immune system and endocrine system.

Based in London, Fungtn is the debut brand from The Fungtional Brew Company, which was founded by Henderson in August. The beers are made in small batches using traditional brewing processes.

Thedrinksbusiness.com reported that prior to launching Fungtn Henderson ran drinks consultancy Clean Slate, which focused on ‘no and low’ ABV drinks, and worked as head of operations for alcohol-free bar Redemption in Shoreditch, east London. She is currently studying for a diploma in naturopathic nutrition.