Now that the 100% Mexican avocado pulp processor, Guacamolito®, has had two years of positive experience in the market, the company has decided to step forward and will offer the traditional Mexican guacamole in the booming and unexplored market of New York City. The company will initially invest up to 5 million dollars in the project, called 'Guacamolito To Go'. 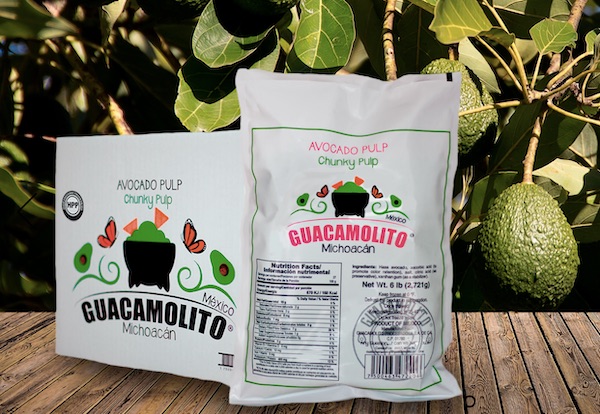 Guacamolito® has sold over one million dollars in the United States, especially to local food chains and wholesalers in California, the state that consumes the most avocado in the country. To put it in perspective, The United States consumes 40% of the world's avocados, and a fifth part of this is bought in California; Thus, Guacamolito's plan to establish new offices in Los Angeles. Right now their headquarters are located in Mexico City.

The company's CEO, Miguel Peinado González, mentioned that Guacamolito To Go's launch has great growth potential in New York due to its ecosystem, which makes it perfect to get to all of the 'ready to take' and 'ready to eat' selling points.

"The actual trend of natural and transportable foods has made it possible for us to identify at least 350 businesses in which the guacamole could complement their actual commercial offer," he detailed.

Luis Doporto Alejandre, the founder of Guacamolito®, believes there is a big opportunity in the country that has historically consumed 100,000 tons of avocado in one day.

The guacamole will have the same characteristics as their original pulp: resistant to oxidation for eight hours thanks to its natural citrus preservatives and with delicious chunks of avocado. The combination of tomato, onion, coriander, chili and lemon will be added to the pulp to create the traditional Mexican guacamole. Its packaging will be transparent, biodegradable and capable of keeping the guacamole in good condition for several days.