"Within 3 years, we'll be introducing new yellow and red onions that are resistant to downy mildew"

Relatively few new seed onion varieties have been introduced in recent years. Then, last year, the Dutch company, Syngenta, introduced the Promotion. And the Nation variety is set to be launched new year. "These varieties are available in the short term already. But, we have something new in store for the long term too. Interbreeding onions to be disease resistant is a hot item. It'll take a little longer for fusarium and white rot. However, we expect to introduce new red and yellow varieties within three years. They'll be resistant to downy mildew," says Kees Jacobs. 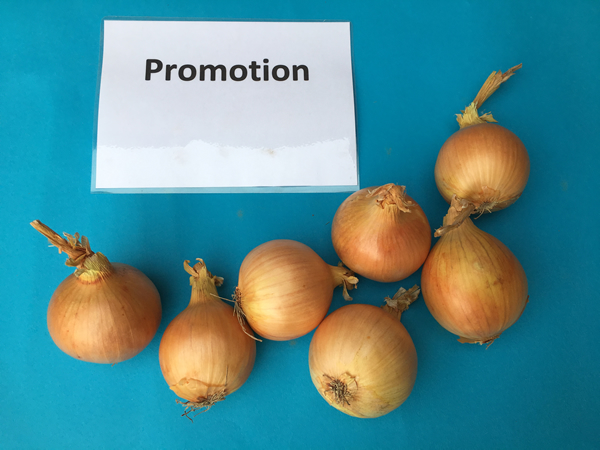 Promotion: High productivity for medium-length storage
"The Promotion variety was introduced last year. So, it's commercially available this year. We planted these onions relatively widely on about 250 hectares across the Netherlands. The Promotion is a mid-early variety, and we've positioned it for cultivation in clay. But, it's quite an all-round onion. It stems from the Motion line."

"That's a great variety that can be stored for a long time. The Promotion is a little less hardy. It, however, has a strong root system, and so, produces high yields. We, therefore, tell people to store these onions until March/April, at the latest. Not until May/June, which can easily be done with the Motion," advises Kees. 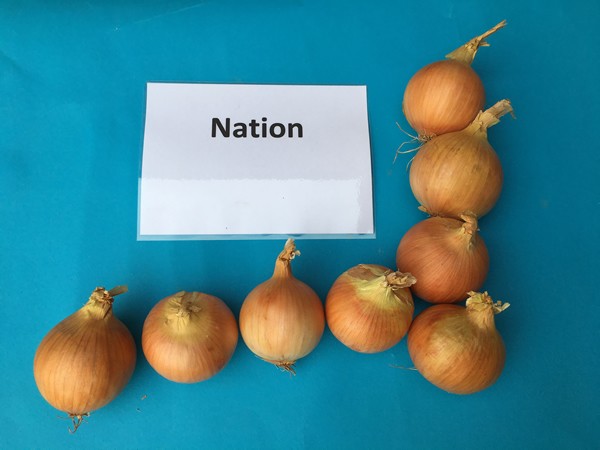 Nation: Early variety for sandy soil
The Nation variety should be introduced in 2021. "This is an early variety that can be planted in sandy soil. It's the next generation of our Vision variety. The Nation is a softer onion," explains Jacobs. "It's, therefore, suited for sales directly from the field and short storage. This variety is bred for growth and yield too. It'll mainly be used in the Netherlands' sandy cultivation areas. They grow a relatively limited assortment in these 'new' onion farming regions now. So, they could do with some expansion." 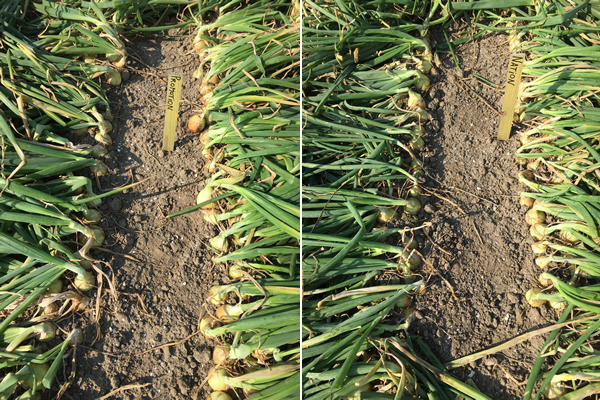 "Both varieties supplement the onion range. They have strong root systems and grow well. They're, therefore, more resistant to the tough growing conditions of recent years. These onions are generally more robust. That makes them very attractive, considering the recent adverse weather conditions. That certainly helps against dry weather and soil diseases."

"These onions aren't entirely resistant to disease. But, they do meet growers' wishes for a stronger variety. The demand for strong, resistant, robust varieties is greater than ever - especially given the dry weather in recent seasons. We've responded well to that need with these onion varieties," Kees concludes.