By the end of the month, the first chicory roots will be cleared from the German fields. They then will be placed in a darkroom, to be further cultivated before they are being sold. "This year too, the chicory has suffered extremely during the persistent heat, so we expect rather modest yields. As expected, the first sprouts from German production will be available in late October at the earliest," explains Theo Münch, chicory producer in Gelsdorf on the Rhine.

Due to the high temperatures, sales in summer were not as high as in other years, Münch ponders. "Because we had fewer roots due to last year's drought, this market development was actually not really negative. At the moment, the last remaining stocks of our own as well as Dutch goods are sold."

Also, in the coming season there will be less goods available due to the drought. "Currently, I estimate that we will be able to harvest at most 80 percent of the usual volume. According to my information, it won't be any better in France, which is why there will probably be less imported goods on the German market." 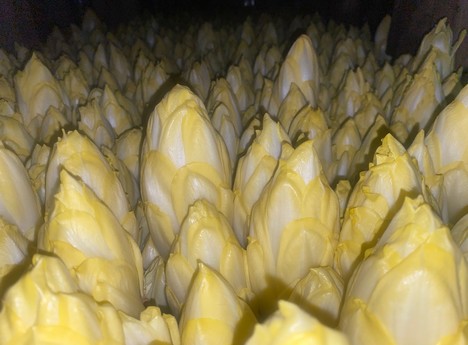 Currently, chicory is being sold at the Belgian auction at a very high price (2 euros/kg). Picture: Münch GbR.

Strict quality requirements in the trade
In addition to lower yields, climate change poses another challenge for producers. The standard commercial product with three or four pieces in a 500g package has now also become established in Germany with all well-known chains. "Due to the drought last year, we mainly had smaller products which did not meet the quality standards in the trade."

For the consumer, the different calibers will hardly make any difference, Münch emphasizes. "Instead of these strict quality specifications, the decision could be left to the consumer instead: If you want to prepare a salad, you should get a 2-piece package so that you have less work to do in the kitchen. If you prefer to bake the chicory, you should choose the 5-pack." 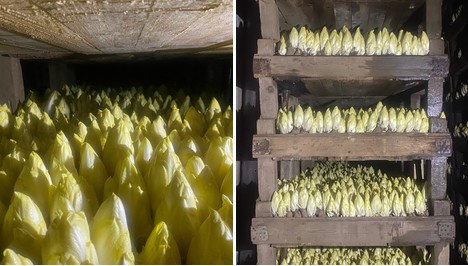 German salad image
The Münch family has dedicated itself to chicory production for many years and is one of the larger suppliers in Germany. Over the years, the bitter-aromatic vegetable from German production has established itself mainly as a winter article in the trade. "Chicory is associated in Germany after us firstly with salad and secondly with winter vegetables. As soon as it gets warmer, however, people tend to fall back on other types of salad - such as iceberg lettuce and lettuce leaves. But if there is a frost phase in November in which the endive freezes, people can switch to chicory directly."

Compared to the traditional countries of cultivation - the Netherlands, Belgium and France - German chicory cultivation is lagging far behind, Münch observes. "The trend towards regional produce is also evident in chicory, and as German producers we are well distributed. Nevertheless, the production volumes are far from sufficient to supply the domestic market with regional produce". 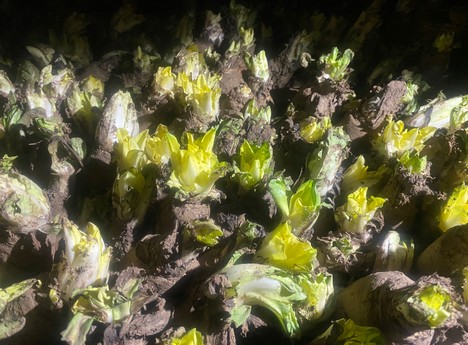 Missing farm succession
"If we can play the regional card, there is still room for improvement," Münch comments on the general growth potential of vegetables. But he sees a cross-border problem for chicory breeding. "I wonder what the situation is like with farm succession in the major growing countries. My assessment is that the existing farms are getting bigger, while no new farms are being established. This could become a problem in the long run."