How to overcome the problems of chemical weeding

Alessandro Calderoni highlighted a trend whose growth seems unstoppable. "The demand for inter-row equipment to work between plants, under the row, is constantly increasing, with a double-digit growth. Since the focus on chemical weeding has shifted, manufacturers around the world have been looking again at grass cutting or soil working equipment on the row."

The main strength of Rolando's company is that it has been producing inter-row machines for over 40 years. "Even when the demand was low and everyone still preferred weeding, we kept on designing and improving ourselves. This has made us one of the most specialized companies in the world today. We have a lot of machines available in our catalog, but we are able to produce equipment according to the needs of the farms." 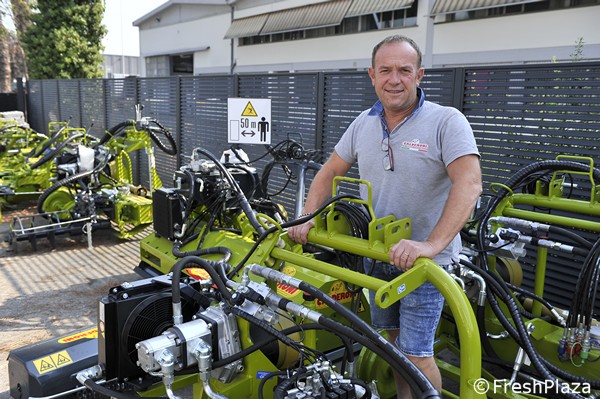 60% of Calderoni's market is foreign, mostly in Europe, North Africa, and Eastern countries. The video shows a small brush mulcher that is increasingly in demand abroad, especially in France, while in Italy it is gaining feedback not only from organic fruit and grape producers, but also from those conventional plants that want to reduce, or eliminate, chemical weeding. 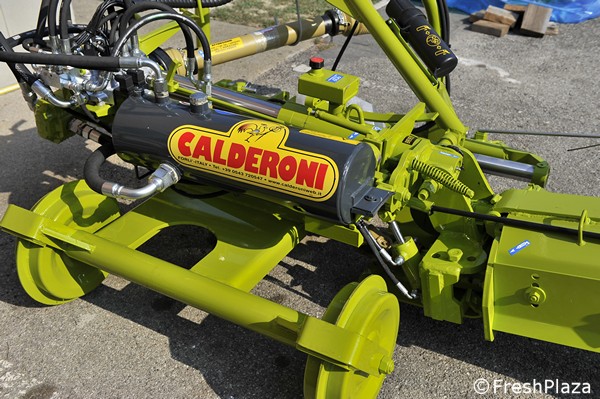 "Building a shredder is relatively easy and accessible to everyone - concluded Calderoni - while building an effective inter-row machine, which operates at 2 centimeters from the plant without ruining it, is not so simple. It takes a lot of experience and continuous design improvements from time to time."