"Corona crisis has positive effect on strawberry sales this year"

It certainly hasn't been a quiet summer period at Demargro in Ardooie. “It has been very busy recently. Actually better than expected,” says Guy De Meyer of Demargro. “When the corona virus broke out, we were afraid it would cause a lot of problems for us, but all in all it turned out to be better than expected and we were able to do a lot of trade. During the lockdown, the catering wholesalers were purchasing a lot less, but when the restaurants reopened, they were able to catch up. We also noticed that people had more time to cook for themselves, which meant there was more demand for luxury and special products.” 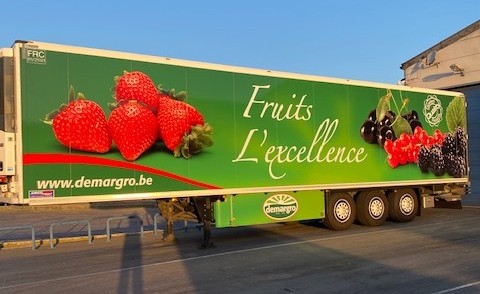 “Strawberries have done very well and are still selling well. I estimate that so far we've sold about 20 percent more strawberries than last year, despite the prices being relatively high this year. At the moment strawberries are also quite expensive and you are paying around 6 Euro per kilo, but despite the high prices, there is still a lot of demand from all parts of Europe,” says Guy. “We also sold a lot of greenhouse vegetables. Unfortunately, prices for tomatoes were quite low throughout the season. For a week now prices have been on the rise, hopefully the producer will be able to earn a little more.”

September is the month that the first winter products arrive. “Leeks are gradually entering the market and selling well. A lot of leeks are currently going to Spain, because the Spanish leeks have turned out a bit too light. Other European countries are also demanding on the leek market. But there is also a demand for the first cabbages, all products are currently running smoothly despite the warm late summer days. Moreover, the top fruit season has also started again. Pears have been relatively expensive since the start, but prices have now fallen somewhat. At the beginning of the season everyone tries to keep prices relatively high, but then there is some pressure on the market and prices fall. Sales are going a lot better since pear prices have dropped a bit,” De Meyer concludes.