The first melons from Uzbekistan arrived on the Dutch market last week. They were certainly moreish, as the importer who started with a first truck from the country immediately ordered 4 more loaded with real Uzbek traditional melons. Their arrival in the Netherlands was even national news in Uzbekistan.

Nodira Kodir Abdullaeva, owner of JPF Agri BV and Business Ambassador of the association of Uzbek exporters, is one of the driving forces behind this first import of Uzbek fruit and vegetables. “The melons are grown in all corners of the country,” Nodira explains. “We will continue to import until December, especially the somewhat 'smaller' sizes of 2 kilos. We see fewer opportunities on the Dutch market for melons weighing 6-10 kilos from the country. ” 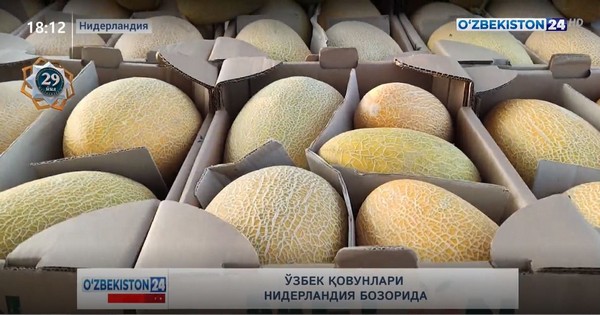 Road transport
The melons are loaded onto the truck in Uzbekistan and are on the road for about 6-7 days. “The transport costs are therefore an expensive part, but in terms of taste they cannot be compared with, for example, the melons from Spain, they are very different varieties that you cannot get anywhere else. The climate in Uzbekistan is very favourable for the cultivation of melons and other fruits and vegetables, which means that very few pesticides are required. The opportunities for organic cultivation are therefore abundant in the country. In addition to road transport, we also have an option with air transport via Frankfurt for really fast delivery. ” 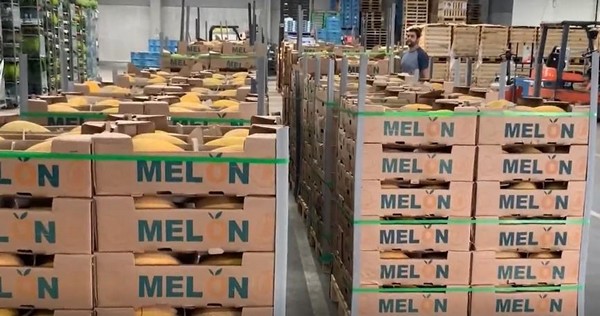 Early on the market
After the melon import season, Nodira wants to start importing dried fruit (raisins, apricot and melon), walnuts, almonds and various beans, as well as pomegranates and persimmons from the country. “In the future we also hope to import cherries and apricots from Uzbekistan. The advantage of Uzbek fruit is not only the suitable climate, but also the fact that many products are on the market earlier than other production countries. For the time being, the fruit is mainly going through the wholesale markets to specialised greengrocers and specialists. However, I hope that the supermarket chains will also see opportunities for the Uzbek fruit with which they can make a difference. ” 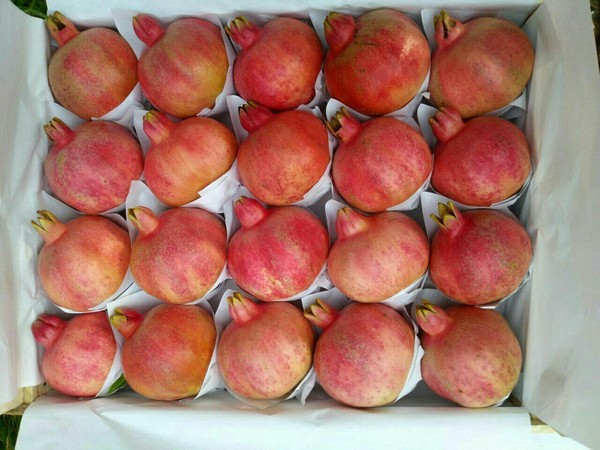 Pomegranates are also on the list for import from Uzbekistan

Uzbekistan
There is a story that precedes the Uzbek export of fruit and vegetables to Western Europe. In 2017, the Uzbek parliament made its country more open to foreign investment and trade, and a new agricultural strategy was rolled out at the end of 2019 for further development of agriculture and horticulture. The country is a major exporter of fruits and vegetables in the region. The largest sales market remains Russia, which became even more interesting after 2014 due to the boycott against EU countries, including Spain. The domestic market with more than 30 million inhabitants is also interesting for the local sector. 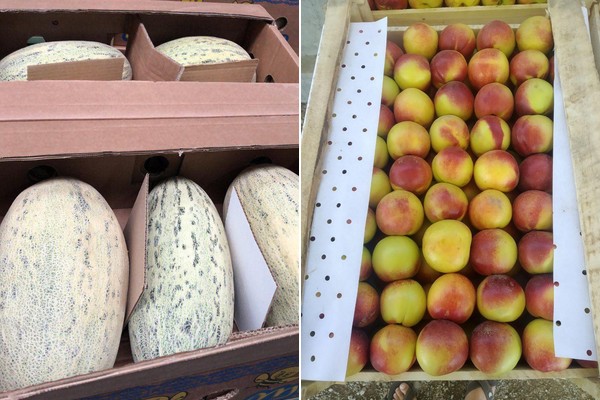