Combining data from various sources allows shippers who import goods through the port of Rotterdam to visualise the supply chain more clearly. A pilot project of the Port of Rotterdam Authority is now a fully-fledged application called Cargo Tracker. Portbase will be developing the application in the coming months in collaboration with the market. The expectation is that companies will be able to use Portbase by the end of this year to monitor all import movements and they will be notified automatically about any delays. 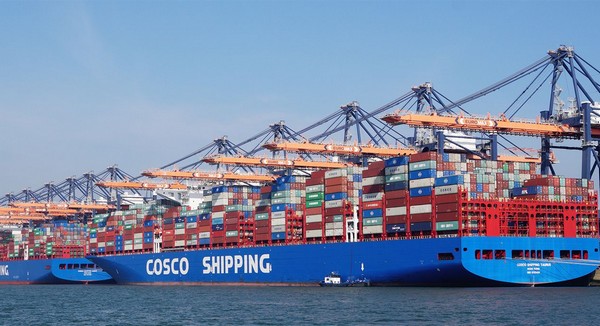 No more calling the shipping company or emailing the terminal to ask where a container has got to: just log on to a portal and see immediately where the cargo is. This service, known as Cargo Tracker, is available to everyone and one of Rotterdam's aims with the new option is to establish its reputation as a smart port.

Cargo Tracker is the successor to Boxinsider, an app developed by the Port of Rotterdam Authority in 2019. 'Our strategy is to become the smartest port in the world,' explains Matthijs van Doorn, Director of Logistics, 'and in that way to boost our competitive position. The digital transition is opening up opportunities. From that perspective, we launched a number of experiments in our own development lab. They included collaborating with the market in the search for solutions. One of them involved enhancing the transparency of the chain: supply chain visibility. Initially, we wanted to tackle that in a large-scale, wide-ranging way but that turned out to be unachievable in the short term. So we reduced our focus by concentrating on a number of parties in the chain. We went to work to get information from different parties so shippers would know better what is happening.'

The result was Boxinsider. 'Ship owners, terminals and shippers were interested in getting on board,' says Van Doorn. 'The tool met the demand for chain visibility and led to standardisation. The transparency meant that everyone in the chain knew exactly what was going on and the standardisation ensured that data could be exchanged smoothly and reliably. Once this structure was in place, we wanted to take it to the next level and make it available to more companies for development and use. That can be done through the Portbase Port Community System.'

Growth
Supplying the tool through Portbase will allow it to grow, says Donald Baan, a former employee of the Port Authority who helped with the predecessor, Boxinsider, and who now works as Portbase's business development manager. 'We're now working with the new name, Cargo Tracker. I think it's a hugely valuable product for shippers. You don't want to spend all day making phone calls and entering codes on different sites to know where a container is. We now have all that information in Cargo Tracker. It's clear at a glance where containers are located and the system also provides information about things like customs declarations. Not only does that save on phone calls and a lot of internet time, the data can also be used to optimise things like warehouse planning. Obviously, the information is available only to people who have been given authorisation. So we make sure that the data is shared not only efficiently but also securely.'

In addition to reliable forecasts, Cargo Tracker has more to offer, says Baan. 'If there is a delay, the companies further down the line are informed immediately. This gives the shipper, for example, the opportunity to make arrangements for hinterland transport.' The pilot project conducted thorough research to determine which data are relevant and what can be left out. 'Data from ship owners and terminals were already available in the Port Community System, but that was not the case for data from inland terminals, for example. And until now, shippers are still phoning these companies every day to ask where their container has got to. This tool will allow shippers to see a container on the screen and the inland terminals will be able to focus on their business operations again.'

Two fronts
The service is currently available for imports but it will soon extend to exports, promises Baan. 'In addition, we are working on our reliability on two fronts. Thanks to all the data we now have at our disposal, we can forecast arrival dates more accurately. Another important reliability issue is the availability of the service. We have a helpdesk that is on call night and day. Not only that, because the service is in the cloud, ongoing accessibility and availability are guaranteed.'

Cargo Tracker is still limited by the fact that the first data become available only when the ship owner enters the ship and the cargo in the Port Community System. 'It would certainly be wonderful if the container could be tracked in the same way as an order on the Internet. However, delivery for consumers is usually organised by a single party or through sub-contractors,' Van Doorn explains. 'In the case of a container, you frequently have eight organisations who all work in their own different ways. So particularly in the early stages, it was extremely difficult to coordinate everything. But once the information has been combined, there is a consistent picture and that is useful for shippers. They get a picture of the entire chain. So if they see, for example, that containers are getting held up at the terminal for a very long time, they can raise that issue. In that way, the chain acquires the potential to improve itself.'

Warehouse planning
The effectiveness of chain visibility was already evident during the first pilot project, says Baan. 'A large warehouse participated. They assumed that it took four days to get an order to the warehouse after arrival in Rotterdam. All their processes were geared to that assumption. However, it emerged during the pilot project that the average was not four days but just under eight days. So they were able to fine-tune their warehouse planning and set up consultations with their logistical partners to improve the process. In addition, it is now clear at a glance whether, for example, it makes sense to transport the container by inland vessel or whether a truck is the best option. The decision about ongoing transport is also important in terms of sustainability.'

The fact that Rotterdam has this product appeals not only to shippers in the Netherlands. 'We want to lead the way, not least to stay ahead of our competitors,' Van Doorn points out. 'For example in terms of transport to Germany, Austria and Switzerland. If we can help optimise the chains that pass through Rotterdam, and use our digital service to tell companies there on what day their goods will arrive, we will have a major edge over other ports, who can't provide this service yet. It's fantastic that we've been able to drive this development in collaboration with a number of participants in the pilot project but now it's up to the market and Portbase to implement improvements and scale it up. Because Portbase belongs to everyone and it's for everyone.'

According to Baan, Portbase now has fifteen thousand users. 'We invite them to customer panels in order to improve our services further. One of the functionalities we completed recently is an API for Cargo Tracker. It allows companies to include data in their own software so that they no longer need to go to our portal.' Another step involves establishing more connections between Cargo Tracker and the rest of the world. 'If, for example, we can link the systems in Asia to our systems, we will be able to visualise the entire chain. There is certainly demand from the market. Market parties own the data that passes through Portbase and so they determine the pace for this type of development. Anyone with an innovative idea is welcome. We provide a secure environment for sharing data.'