For eight years now, the kiwifruit vine decline has been progressively spreading, affecting the root system for unknown reasons. Now this disease has hit the main production area in Italy, the Agro Pontino, with almost 10 thousand hectares invested. This is according to  Confagricoltura, which is actively monitoring the situation throughout Italy, with its technicians.

The kiwifruit vine decline, in the area of Verona could have affected more than half of the entire dedicated area (1,800 hectares on about 2,500). In Friuli Venezia Giulia, where the cultivated area in 2020 is just over 500 hectares (Istat), the disease could affect about 10% of the plants. Crops were also affected in Lombardy, in the area of Mantua, and marginally in Emilia Romagna and Calabria. In Lazio the first cases were found three years ago, but now there is a recrudescence of the disease in the Agro Pontino that is estimated to affect on average 20% of the areas, almost 2000 hectares of lost orchards. 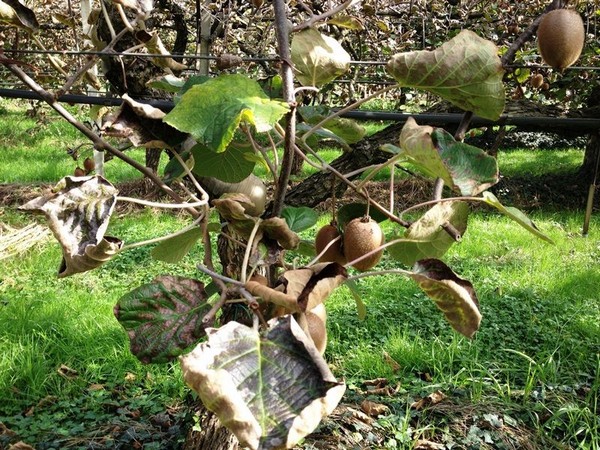 A huge hit for a country that, according to the most recent FAO data, is the second largest producer of kiwifruit in the world after China and before New Zealand. Inevitably - highlights Confagricoltura - the growing spread of the disease will have significant impacts on national production.

Various hypotheses have been formulated to explain the origin of the kiwifruit vine decline, however, the results obtained do not allow us to identify a determining factor that leads to the deterioration of plants. On the contrary, a series of causes seem to contribute, presumably accentuated by the effects of climate change.