U.S. Customs and Border Protection, Office of Field Operations (OFO) at the Pharr International Bridge cargo facility intercepted a load of hard narcotics consisting of alleged methamphetamine and heroin that was concealed within a commercial shipment of produce arriving from Mexico. CBP officers also detected methamphetamine on a man attempting to enter the United States walking from Mexico. The combined estimated street value of both seizures is $6,670,500.

“Significant narcotics interdiction enforcement actions like these have direct and immediate impact on the smuggling organizations who operate in our area,” said Port Director Carlos Rodriguez, Port of Hidalgo/Pharr/ Anzalduas. “CBP Field Operations maintains a robust enforcement posture while continuing to facilitate and process legitimate trade and travel, which is a delicate balance.” 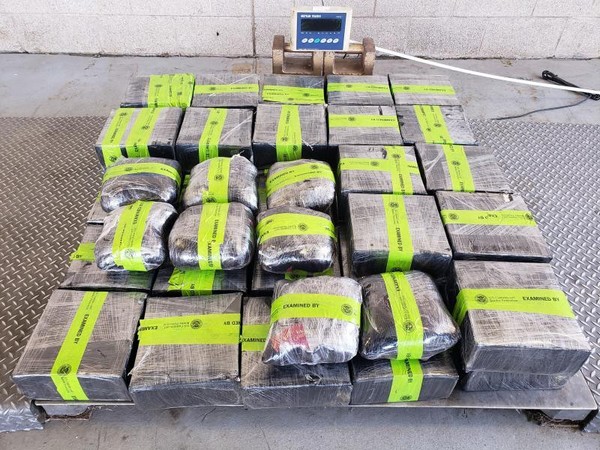 On Sep. 12, 2020, a tractor/trailer hauling a commercial shipment of avocados arrived at the Pharr-Reynosa International Bridge cargo facility and a CBP officer referred the conveyance for further inspection, which included the utilization of non-intrusive imaging (NII) equipment. The thorough secondary examination resulted in officers discovering suspected narcotics hidden within the trailer. Officers removed 48 packages of alleged methamphetamine weighing 326 pounds (148 kg) and one package of alleged heroin weighing 2.41 pounds (1.09 kg).

On Sep. 10, CBP officers at the Hidalgo-Reynosa International Bridge arrested an 18-year-old male U.S. citizen who arrived at the pedestrian walkway and officers discovered a package of alleged methamphetamine strapped to his body. The package weighed 2.43 pounds (1.10 kg) and has a street value of $48,500.

CBP seized the narcotics, the tractor/trailer and arrested the 40-year-old truck driver, a male Mexican citizen from Uruapan, Michoacán, Mexico and the 18-year-old from McAllen, Texas. Agents with Homeland Security Investigations (HSI) took them both into custody and continue with the investigations.