British Columbia is anticipating a season of strong demand for local apples.

“We’re finding demand for local product as strong as it’s ever been. Customers very much want to support local and the end user is demanding B.C. product in the West here,” says Bryan Key, category director with Consolidated Fruit Packers Ltd. based in Kelowna, BC. “If anything, we probably don’t have enough supply in the Valley to meet demand overall.”

Key says following a challenging cherry season and a stone fruit season with light supplies, apples out of the Okanagan growing region look to be in good shape and its volume is up. “There are decent volumes and really good quality right now,” he says. “The colors look good and the sizing is good so we’re pretty optimistic.” The season is starting slightly later than usual but will likely still wrap up harvest by the end of October. 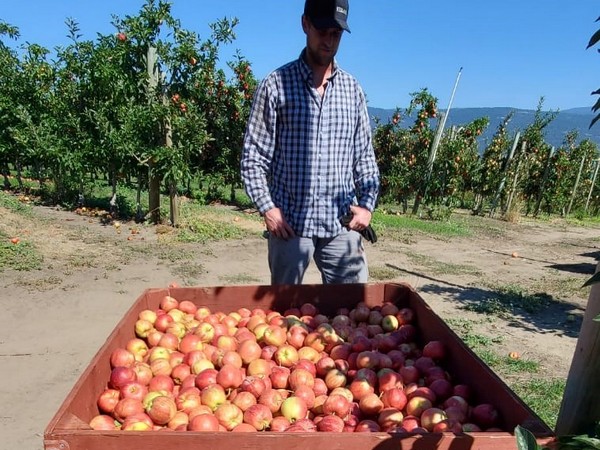 Moving through varieties
Key says it’s finished harvesting its early variety, Sunrise, and it’s also starting to pick and pack Galas and McIntosh. Following this, it moves through Spartans, Honeycrisp, Fuji, Granny Smith, Pink Lady, Golden Delicious, Red Delicious and Salish, a variety created in the Okanagan. “Our vision here at CFP is to bring on only the best quality farmers that match our just picked and big taste profiles,” says Key.

At the same time, pears are moving well too. “Our pear volume has gone way up—we’re working on Bartletts and we’ll start harvesting Red Anjous in three weeks as well as Boscs and Harrow Crisps,” says Key. “We’re doing different things with pears as well. In Calgary, AB, we have a ripening room so we’re the only ones who are conditioning the pears like they do in the U.S. It has made a nice, sweet taste for Anjou pears and we’re really excited as we’ve seen some momentum on that.”

He adds that CFP has the only dedicated pear packing plant in Canada which contains a Van Wamel Perfect. “Van Wamal is actually the same line that is in our partner Day’s Century Growers packing house that they installed last season,” says Key. “We also installed a new Van Wamel Perfect apple line in Osoyoos, B.C. this summer and are excited to pack an even better end product for our customers.” 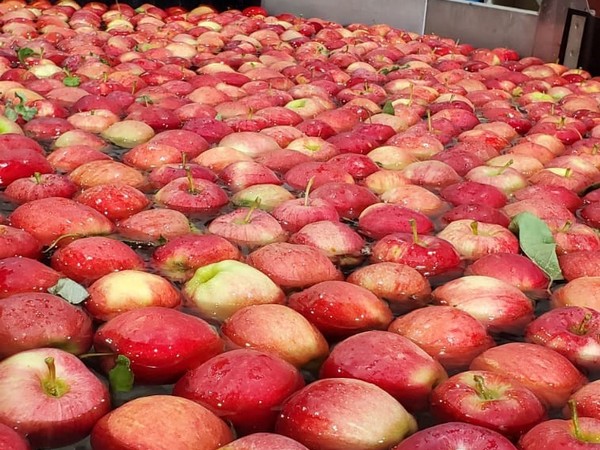 Fall labor challenges
What remains challenging for this strong season are labor concerns. “We’re struggling to have enough people. You have all this demand which is fantastic. But it’s nerve wracking when you’re wondering how you can fill them all?” says Key. “We don’t have the same number of pickers as before and the packing houses also don’t have as many people to pack the product in the box so we’re trying to keep up with that. We’re hoping it’ll ease off a bit, but we’ll see how it plays out. It was tough during the stone fruit season and it’s carrying on right into apples and pears.”

As for pricing, Key anticipates pricing will be stronger than last year. “Also, last year there were a lot of independents that popped up and caused problems on pricing. I think that’s still going to happen this year, but the prices should be strong. Because there aren’t enough apples in the Okanagan overall,” he adds.