Goede Hoop Vrugte has ended packing its soft citrus (some are still on the water) and will now be ending off their 2020 citrus campaign with two to three weeks of Midnights/Valencias left.

Orange demand was exceptionally strong, they could have marketed their orange crop twice over, reckons Dewald Brand, Marketing Director at Goede Hoop Vrugte. “Rain could cause us a day here and there in delays over the coming weeks, but we expect to end by week 40.” 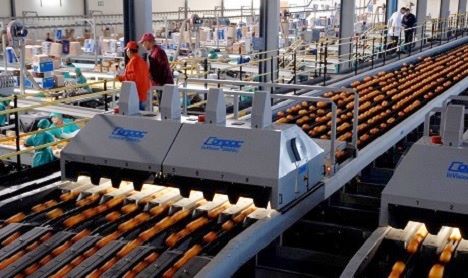 The packouts of over 80% at this early stage exceeds expectations, he says, and peaking on counts 72/88/105. Whether they’ll be ending earlier, like South Africa’s northern areas, it’s a bit premature to say; for the moment they’re right on estimate.

“YTD we have shipped approximately 30% to the USA, up from last year, because we experienced a bigger demand and growth in volumes, and prices were realistically comparable to other premium markets.”

There is growth within the US programmes that they service – like Nadorcotts into the Halo programme – but the growth to the US was also caused by the pandemic. Summer citrus consumption was elevated compared to other years, making this a more stable year in the US than 2019.

“Traditionally August is a slow month in citrus sales but fewer Americans went on holiday this year, because of Covid, which boosted citrus sales.” 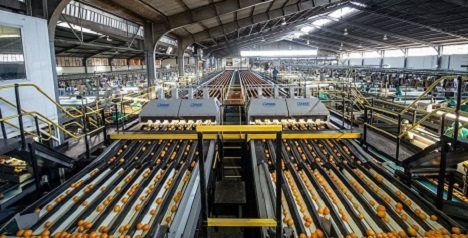 Protecting South African citrus shelf space in the US
Does the prospect of the immense increase in soft citrus volumes they are expecting – a sizeable increase over the next three to four years within the company, whose soft citrus orchards stretch from Clanwilliam to the Nuy Valley – make them nervous?

“We have a strong focus on market development and with a couple of our receivers we’re building on marketing windows. Particularly in the US, where we’re seeing strong competition from Chile and Peru, we can protect South African shelf space through high quality. In fact, I think it’s a market where quality is arguably more important than price.”

“Clementines and Novas were under immense pressure in the EU as a result of the shipping delays and if it weren’t for that, Nadorcotts might have enjoyed a longer window. In future I think Nadorcotts will have more of a window of its own where shipping schedules are synchronised to the relevant market segment demand.” 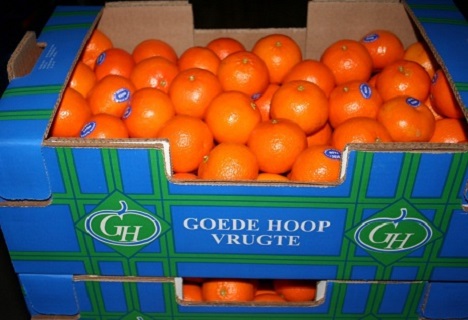 As a Western Cape company they keenly felt the impact of the Cape Town harbour delays, which has had an impact on their ability to service retail programmes, the shelf life of fruit as well as, he notes, management of their receivers’ expectations.

“We were forced to make use of Port Elizabeth as an alternative and trucked a number of shipments there when it made sense. Congested shipping arrivals in the EU and UK caused an oversupply of soft citrus. A number of our receivers timeously reduced their volumes just because statistics showed the wave of citrus and also because, with the restrictions, they were experiencing a slower sales tempo at the specific period."

He continues: "Oranges have a longer shelf life and demand was of such a nature that it escaped the challenges that faced soft citrus this season."