After more than a hundred years marketing products grown by Valencian producers and having once been an internationally prestigious firm, the Copal cooperative has carried out a profound renovation with the aim of gaining the ground lost in recent years, establishing new lines of work, investing in new sorting technologies and completely renewing its commercial and managerial team. 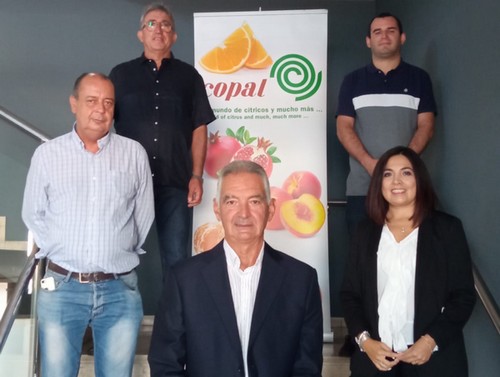 "In late June, we introduced a new economic policy at Copal and we have carried out drastic structural changes," says the newly elected president of the cooperative, Vicente Bomboí. “After renewing the management of the various departments, given their lack of capacity to meet the objectives they had been set, the first thing we did was hire a powerful, determined sales team with a desire to demonstrate everything we are capable of. We restructured all the departments and sections of our company from top to bottom,” he says. "This has been done very quickly, as our objectives were very clear, and after two months we are ready to start the new citrus and kaki campaign."

Copal is the oldest cooperative in Spain and the second in Europe. In its best years, it managed to sell 140 million kilos and was a leader in the citrus sector. However, as Bomboí points out, “over time, the management failed to adapt to the market's needs and we started losing ground to other exporters. Our mission now is to gradually become a leader again.” 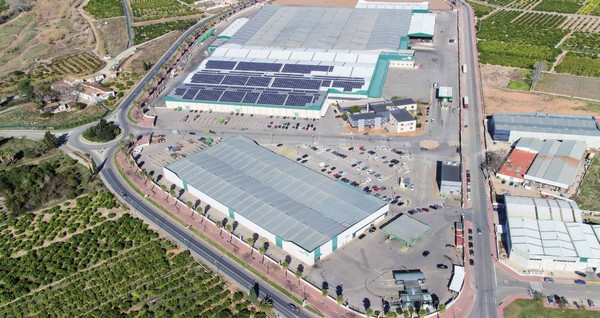 To this end, the cooperative has established new strategies with which to increase its marketing volume and gain new markets, making a firm commitment to innovation. "In 4 years from now, we want to become a leader in the sector once again and be among the leading export companies," says Bomboí.

Commitment to citrus fruit varieties with royalties, oranges and pigmented grapefruits
Although they also grow kakis, pomegranates and stone fruit, the most important products for Copal are mandarins, clementines and oranges, with which it once was an important global player.

“This campaign, we'll be selling between 42 and 45 million kilos, which entails an increase in the volume compared to last year. Taking into account how last season ended in terms of prices due to the high demand, we are hoping for a very good start and a positive trend throughout the season,” says Bomboí. "We will start in week 39 with the extra-early Satsuma and clementine varieties," he says.

In the framework of its new project, and seeking to differentiate itself, the cooperative has chosen to promote the production of new varieties of these fruits, adding grapefruit, with which it seeks to improve the profitability of its members. “We have set up an investment line to plant new varieties of protected clementines and oranges. Also noteworthy will be the incorporation of new pigmented Valencia orange varieties, for which we believe there is an interesting market share and a demand that has yet to be met. We are also betting on the pigmented Star Ruby grapefruit.”

Kakis: unknown overseas
As an integral part of the Persimon group, the Rojo Brillante kaki is another of the most important products for Copal, for which it has invested in the acquisition of new sorting and calibrating machinery.

According to Cecilia Taboada, commercial director of the cooperative, the kaki campaign will also kick off at the end of week 39. The prospect is that there will be an overall drop in the production this season, both due to lower yields, with drops of up to 30%, and to the impact of the cotonet pest. "Fortunately, our partners have not suffered significant losses due to this pest, so our estimate is that we will harvest around 8-10 million kilos," he says.

In addition to supplying kakis to traditional European markets, such as Germany, France or the UK, where there is a high demand for the product, Copal seeks to open new markets. “We'd like to give a boost to exports to overseas countries. We already have deals to ship kakis to the Middle East, the Caribbean area and other destinations in Latin America,” says Taboada. "There are still many countries in which this product is still largely unknown," says Bomboí. "Although, we hope, with a prosperous future."