Boxford (Suffolk) Farms Ltd is a third generation family business that operates in the Dedham Vale and Stour Valley. It is based at Boxford near Sudbury. Now, Boxford Farms Ltd has acquired Wallings Nursery Ltd, for an undisclosed sum. In essence, the fruit growing business on the Suffolk/Essex border has bought up the neighbouring nursery to create six hectares of glasshouse production. 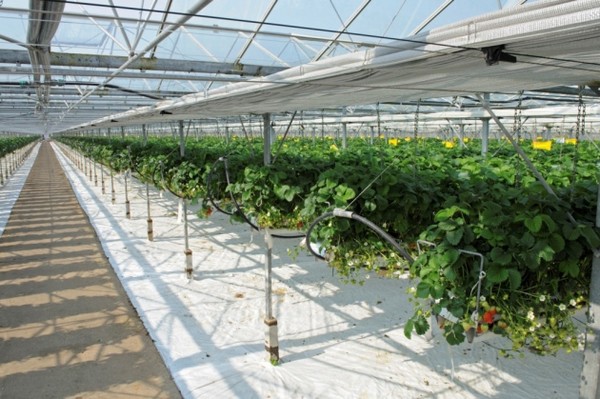 Wallings Nursery Ltd, established in 1999, produces glasshouse strawberries exclusively for Sainsburys via Berry Gardens. The company has a £1.7 mln turnover and has garnered awards for growing and innovation.

He told eadt.co.uk: “This is in addition to our tunnelled soft fruit and netted orchard fruit crops. We are so excited about the future growth opportunities that this opens up for both businesses through combined projects.”