“Envy has injected excitement back into our apple category” 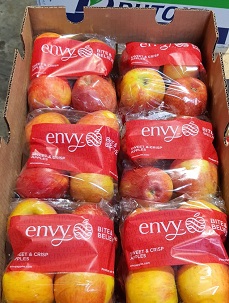 This season saw the first commercial Envy™ apple harvest in South Africa, sold at two local retailers where the large apple was sold in packs of four, either punnets or flow wraps.

In future, South African Envy™ apples will mainly be exported to the UK, Europe and also to the Far East.

“Unfortunately, due to COVID-19, no tastings were allowed in stores during the launch of the apple on the market, but the extraordinary taste of the apple spoke for itself and supermarkets were very happy with the performance of the apple in year one,” says Liza Matthews, marketing manager of TopFruit, T&G Global’s licensing partner for Envy™ in South Africa.

She adds that the cultivar’s slow flesh-browning time is another attribute appreciated by consumers together with the extraordinary aromatic profile due to its balanced acidity. 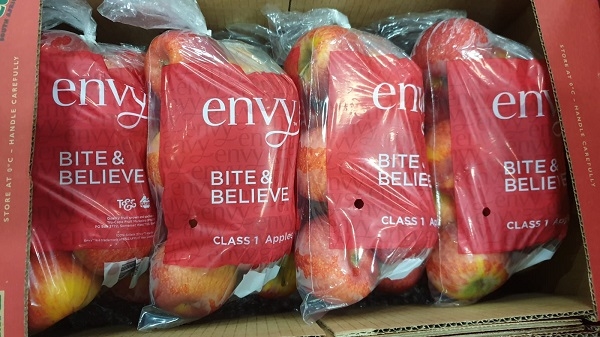 The Scilate apple, branded as Envy™, has been in production in South Africa since 2015 by Witzenberg Properties, Dutoit Agri and Eve Brand Farms, with 72 ha mainly in the Koue Bokkeveld and the Langkloof.

Locally grown Envy™ apples are marketed in Africa and South Africa by Tru-Cape and Dutoit Marketing.

“We’re certain customers will be looking for it next season” 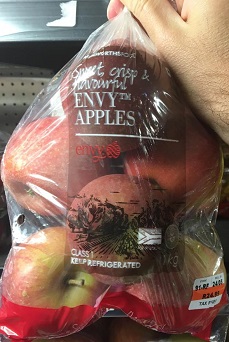 “Envy has injected excitement back into our apple category in terms of flavour profile,” says Adriaan Botha, senior buyer: fruit at Woolworths, where the apple was also used in fruit salads at selected stores.

“It is a dense apple with exceptional flavour that really differentiates itself from other varieties."

He continues: "We have been very impressed with the eating quality and will definitely stock it next season because we are certain that our customers will be looking out for it in the new season.”

South Africa is one of ten countries where the cultivar, owned by T&G Global, is grown.