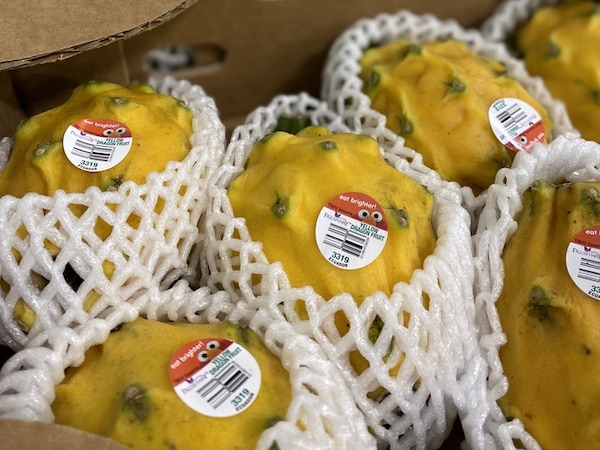 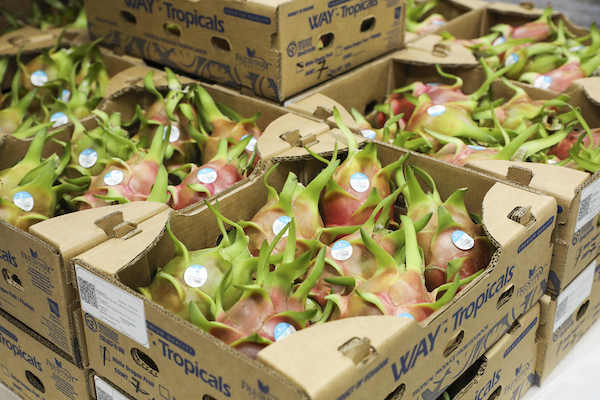 While the supplies of the yellow dragon fruit aren’t as consistent as those of the white dragon fruit, the demand for this variety has been growing in recent years. “Though it’s still a relatively unknown fruit, the overall popularity of the yellow dragon fruit has been growing. More and more customers are realizing the nutritional value of this fruit, as well as enjoying its explosive sweetness. It’s also a great fruit to have on display during the cold winter months because of its bright color,” Roggiero explains.

Demand during a pandemic
The outbreak of the pandemic this spring coincided with Freshway’s dragon fruit season, and this caused a few unusual demand patterns. “There was a shift in demand from clients that wanted to prioritize their staple items rather than the exotics in the early weeks of the pandemic,” Roggiero shares. “But fortunately, about a month in, the demand spiked again because the people staying at home were looking for variety. Since then, we’ve seen quite a consistent demand and growth on our end, which is partially due to the reliability we offer at Freshway.” 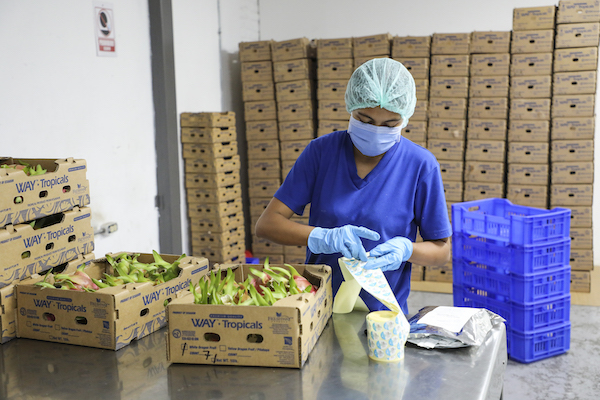 Part of this reliability is the company’s ability to provide year-round supply of Globalgap/PrimusGFS certified dragon fruits. A focus on vertical integration also contributes to the uniqueness of Freshway’s program, with its ability to provide retail clients with consistent supply as well as contract pricing. “Our company continues expanding grower’s relationships as well as increasing operating capacity in order to meet growing demand” Roggiero shares. 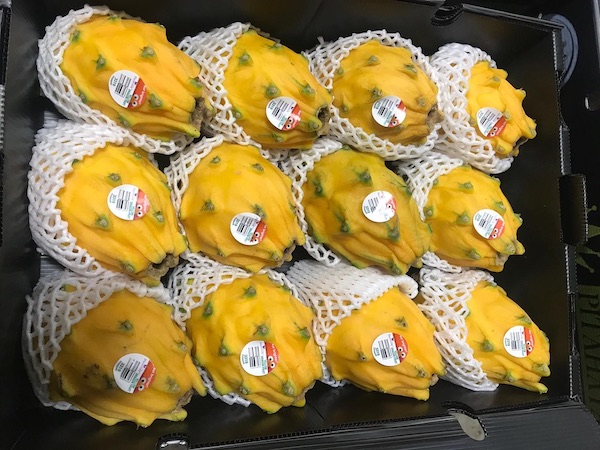 Good supplies of the Ecuadorian yellow dragon fruit are expected to be available by mid-to-end October this year.