"This year, our table grape exports have been mostly intended for Europe"

The table grape campaign is underway in the Spanish Region of Murcia. Although the earliest varieties recorded notable drops in the production due to the impact of the rains in late April and early May (before the harvest started), the mid-season varieties are reaching their usual yields. The demand continues to be high.

“This year, we have marketed lower volumes of varieties such as the ITUM Fifteen or Superior, but at the moment we are harvesting normal volumes of higher quality fruit. Fortunately, it hasn't rained again since we started the campaign and this is decisive for the quality not be affected,” says Antonio Caballero, manager of Frutas Torero. 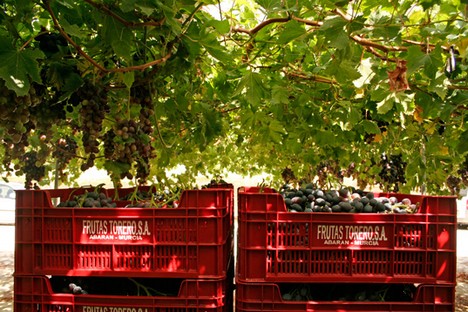 According to the producer and exporter, the demand is still high and prices, while not exorbitant, are high and acceptable, as well as stable. “We are getting all the production on the market. The fact that it's not raining at the moment, and that the competition from Greece is not as strong this year, lead us to think that the table grape campaign will finish earlier than usual. The more we harvest before the rainy season, which usually starts in October, the better.”

In any case, the sector remains concerned about the development of the health crisis. “We are all a little nervous, since we want to avoid contagion at all costs. We could say that things have gone well so far. We have implemented fairly strict controls, applying disinfectants at night and early in the morning, before and after the workers carry out their tasks. During working hours, employees strictly keep safe distances, temperatures are monitored and various hygiene measures are in place.”

In this global pandemic situation, Frutas Torero, was among the first last year to ship noteworthy volumes of grapes to new markets in China and Vietnam. "At the beginning of the campaign, we were shipping some containers to Asia, but seeing that Europe was absorbing our supply with ease, we decided not to take unnecessary risks, considering what happened to Chilean grape exporters in Asian ports, where they suffered significant retentions while loaded with containers. We have also shipped less to other overseas markets, like South Africa. This year, we are focusing on Europe.”

For the first time this year, the Murcian company has marketed significant volumes of new varieties such as the white seedless Sweet Globe, the black Sweet Joy and the red Sweet Celebration, from the IFG program. “Both we and our customers are very satisfied with the quality of these varieties, as well as with their behavior during transport over longer distances. Therefore, we hope to continue increasing their production in the coming years,” says Antonio Caballero.