"In the next couple of years, we will have sufficient fruit to supply domestic and export markets"

A Queensland custard apple producer has just commenced harvest for its Australian exclusive PinksBlush variety, at a time when the season for all other domestic growers has finished.

Yanalla Farms is owned and managed by second-generation farmers, Rob and Karen Martin, and for the next 3-4 months, the company is the only growers in the world harvesting this fruit.

"Currently we have limited quantities of fruit for sale in the Melbourne wholesale markets," Karen said. "We are still expanding our orchards to around 5000 trees. In the next couple of years, we will have sufficient fruit to supply other domestic markets and also enter the export market." 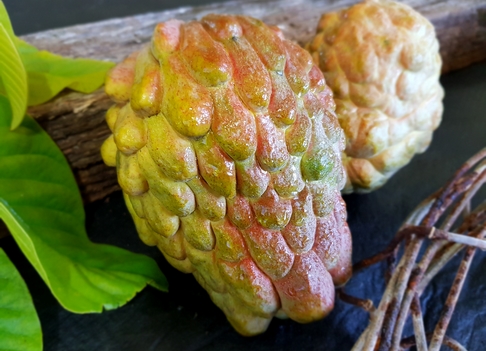 The Martins’ hold the Plant Breeder Rights for this variety and expect to release PinksBlush trees to commercial growers in the near future, through a royalties-based business model.

‘The farm has undergone a bit of change over the past 40 years. My father-in-law originally grew pineapples," Karen said. "Later he progressed to other tropical fruit, including the custard apple varieties of Pinks Mammoth, Hilary White and African Pride. Those old orchards are gone now, but thankfully something special and unique was salvaged. We own a new variety of custard apple that waits in the wings. One that is creating quite a stir amongst the industry and beyond." 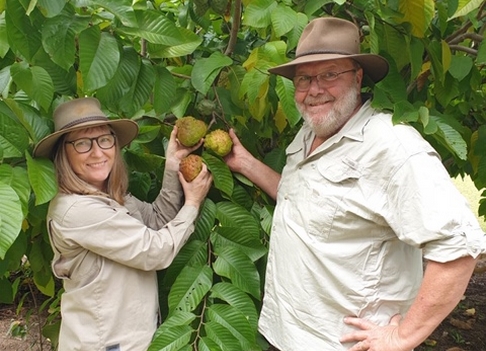 Over 23 years ago, the PinksBlush variety was found growing naturally on a single branch of a Pinks Mammoth tree on Yanalla Farms. Unlike other varieties where the fruit is green in colour, PinksBlush is visually different. When ripening, the skin of the fruit takes on a pinkish/orange pastel colour. This colour is influenced by the extent of sunlight each piece of fruit is exposed to – hence the name PinksBlush.

"My father-in-law spotted the fruit ripening in September," Karen said. "This was a rare sight, as his custard apple harvest usually finished in July. Eventually, he grafted some trees and the rest is history. Second, third and fourth generation trees have retained the same unique characteristics as the fruit on the original tree branch." 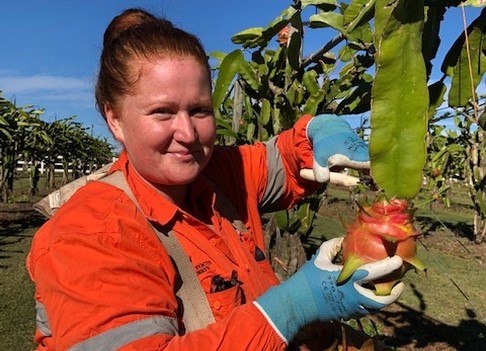 Karen also notes other "remarkable attributes" of PinksBlush, including that the trees are self-pollinating, comfortably managing the full production of fruit, as pollination is staggered, meaning as each piece of fruit is picked, the remainder of the panicle grows on. Fruit stems are thick and strong, so developing fruit withstands a greater chance of surviving strong wind. Heavy rain events do not cause maturing fruit to split. Because the fruit develops over winter, pest pressure is minimal. 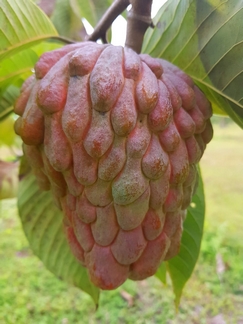 Yanalla Farms is finding that demand for custard apples in Australia is growing, with social media playing a big part in broadening consumer awareness, and leveraging off social media platforms is great exposure for the business.

"People are interested in the story behind the product," Karen said. "If you’ve got a great story to tell and a quality product to sell, consumers are naturally curious. They want to learn how the produce is grown and how it is eaten. Instagram and Facebook posts give consumers daily insights into life on a working farm and helps build connections, plus our website is informative, colourful and kept up-to-date."

As soon as the PinksBlush custard apple season finishes in December, the Martins’ are planning for the harvest of the next crop. 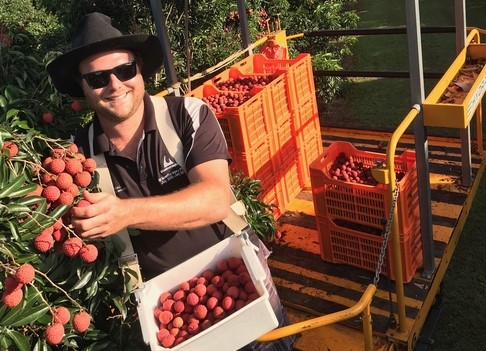 "We have about 500 mature lychees trees on the property, all under permanent bird netting," Rob said. "Our two varieties (Kwai May Pink and Sah Keng) are harvested for a month from mid-January. Life is fairly intense with fruit is picked and packed every day. Our platform cherry pickers are a hit with our workers, as they don’t have to climb ladders or trees anymore."

The Martins’ anticipated harvesting about 30 tonnes of lychees last year, but mother nature had other plans.

"The third hailstorm in 15 months wreaked havoc last November, with a direct hit over the property destroying the lychee roof net," Rob said. "As netting contractor businesses had closed for the Christmas period, the orchard was vulnerable. ‘A lot of young fruit was hail damaged and dropped off the trees. The fruit that held on had to contend with damage from birds and bats until the roof could be replaced, so we ended up with about 15 tonnes." 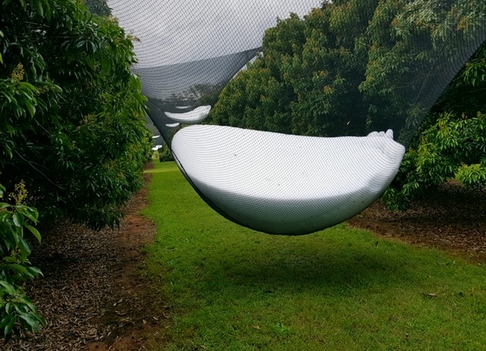 The 3000 red-flesh dragon fruit plants also sustained hail-damage but mainly to the branches and new growth. With weather patterns in the sub-tropical region becoming more sporadic and rainfall less frequent, the Martins’ recently invested in several water bores to drought-proof their farm.

“Luckily, flowering wasn’t due to start until mid-December," Rob said. "Even so, the plants were stressed and had some set-back. The amount of fruit we harvested over the six-month period was much less than in previous years. Last December, the Sunshine Coast Region was drought declared. We took necessary steps to tap into an alternative water source to keep our trees alive to continue supplying food for the future."