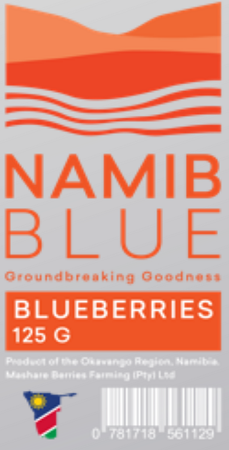 Right on the border between Namibia and Angola, on the banks of one of Namibia’s only three perennial rivers, Mashare Berries planted 20 hectares of Fall Creek blueberry varieties in November last year.

Just over six months later, early July this year, they started harvesting their first crop, some of which is already available in the UK, Hong Kong, Spain and soon Angola.

The harvest is expected to run until October.

Their first crop is estimated to come to 150 tonnes and by year three they’re going to have their hands full, says Henriëtte le Grange, sales and marketing specialist at Mashare Berries and Mashare Irrigation.

Namibian berries: Exceptional flavour and size
She notes their satisfaction with the Fall Creek varieties they planted which have so far performed well in the hot and dry climate of Kavango East, with a few nights of frost during its brief winter. The berries are irrigated directly from the Kavango River.

“When people hear we’re growing blueberries in the southwestern part of Africa, they stand amazed to hear that,” she says, and Namibia’s first blueberry project has been getting a lot of attention. 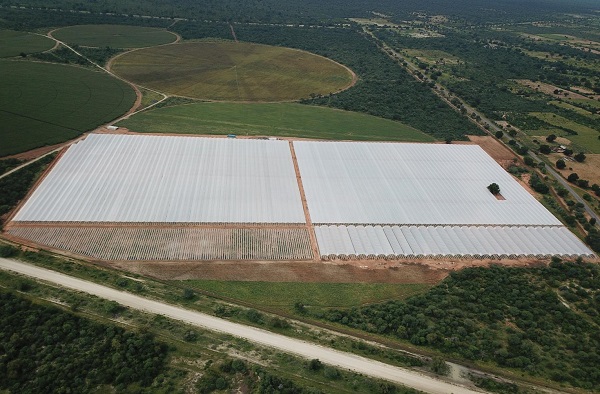 Their first berries of this campaign were sold within Namibia, but the market easily becomes saturated.

“Before we started with the harvest, the Namibian market took around 100kg of berries a week. By comparison, we have a client who alone has already taken over six tonnes. The Namibian market is quite undeveloped. People didn’t like the imported berries. In the first place, they say, they are tasteless and they’re small.”

They make use of Family Tree Farms and DKI Fruit to export to the UK, Europe, the Middle East and the Far East. By their third year their volumes will start allowing them to expand markets, including possibly South Africa.

Wild bees account for bigger berries
“Eighty percent of your success depends on bee pollination – the better the pollination, the bigger the berry. Last year in February we started organising hives and beekeepers, and apart from the honeybee hives that we have, there is an incredible amount of wild bees." 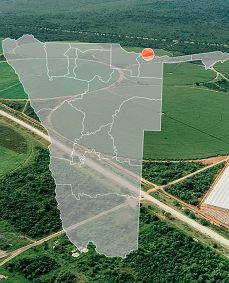 Within 15 minutes of taking off the crop it is cooled down to 1°C, packed and loaded at that temperature on refrigerated trucks on the farm (on the banks of the Kavango river, bordering Angola, see map).

Berries trucked for two days to Johannesburg
Due to a paucity of flights at Windhoek airport, as a result of Covid-19, the fruit is trucked to OR Tambo airport in Johannesburg for a flight to the UK, Spain and Hong Kong.

The longer term strategy is to either fly the fruit out of Windhoek International Airport or to ship out of Walvis Bay harbour.

The cross-border transit between Namibia and South Africa this season has been running smoothly, she says.

The province of Kavango East has a large population, so Mashare Berries hasn’t had to rely on migrant labour during the high season, and all workers can go back home every night. Employment, of mostly women, is expected to double as volumes grow, from the current hundred.

Henriëtte tells of the community garden they’re developing for the food security of the local community. 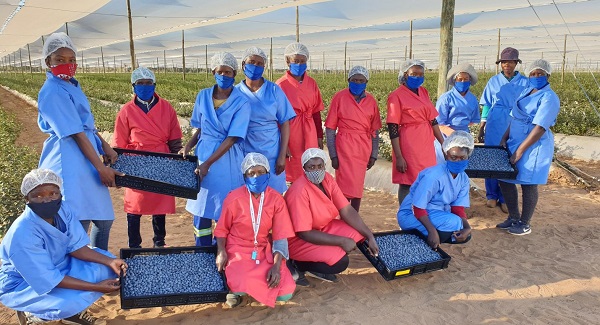 Mashare Berries employs workers who already live in the vicinity, not migrant labour

“We have a lot planned for the future, to add a further 40 hectares of blueberries and also to introduce avocados. We’re very excited by the time that lies ahead.”