The season for German pumpkins is already in full swing: three weeks ago the first organic Hokkaido pumpkins arrived in stores, followed a week later by the first conventional goods from domestic cultivation. One counts over the entire pumpkin assortment away on mixed yields, reports Eduard Schendel, member of the board and sales director of the fruit and vegetable center Rhine Main (OGZ) EEC in the southhessian Griesheim. 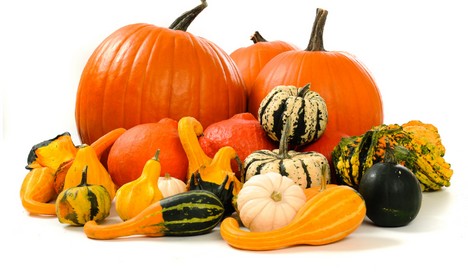 Some three weeks ago, Bio-Hokkaido switched over from Italian imports to domestic products. "We are currently able to supply Bio-Hokkaido 12 months a year and obtain the raw materials outside the domestic season from Holland and Portugal, among others. At this time of year, however, everything is dominated by regional pumpkins. "German organic Hokkaido is usually available by mid-February at the latest, whereas the marketing window for conventional goods is somewhat shorter and expires in December."

Average yields
Besides organic and conventional Hokkaido pumpkins, regional butternut and Halloween pumpkins are also traded. The pumpkin segment is rounded off with decorative pumpkins. According to Schendel, the yields vary per pumpkin variety: "We expect an average production volume for organic Hokkaido, conventional goods will probably be somewhat less available due to the heat wave."

The prices of the regionally produced organic Hokkaido are stable and high, while those from conventional production are in the usual range. Normally the prices gradually go down until Halloween, and then from November onwards the price situation shows an upward trend.

At the moment, the butternut segment is showing quite good earnings, while Halloween pumpkins will again suffer a weather-related drop in earnings. "We are expecting a 20 percent drop in harvest compared to the previous year's volume. In addition, we also expect a low proportion of large calibers (>5kg)."

Growth potential for Hokkaido pumpkins
South Hessian marketing organization OGZ is one of the largest suppliers of Germany regarding edible pumpkins. Thus the sales cooperative is listed at many well-known supermarkets and the offer to be marketed is always adapted to the requirements of the food retail chains. "Last year one of our bulk buyers changed its assortment to organic pumpkins. In the course of this, we have approximately halved our conventional contract farming, and our organic plants have been considerably expanded accordingly," Schendel says about the current developments in production.

More potential for Hokkaido cultivation is obviously available, according to the board of directors: "From my point of view, the market share for organic Hokkaido in particular still has room to grow. However, the same also applies to other vegetable crops: "We are also trying to gradually expand our organic production capacity for bush beans; one of our major sales pillars."