While citrus growers in the US are beginning to prepare for the start of their seasons in the coming months, the citrus import season is still in full swing. Miles Fraser-Jones of Seven Seas Fruit shares: “Right now, we are getting mandarins from Peru, South Africa, and Chile, lemons from Chile, and oranges from Chile and South Africa. We also received volumes of grapefruit from South Africa and Minneola’s from Peru, but those seasons have ended now. The lemons and oranges out of Chile are winding down now and the last shipments of the South African oranges are expected to come in around week 43. The late mandarins will also wrap up around week 43.” 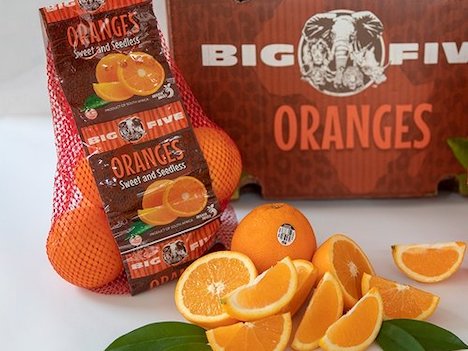 Oranges see enormous growth in demand
In recent years, oranges have seen decreasing demand, while mandarins have been growing in demand. This year, this trend has turned around. “We’ve been saying that the mandarins have been cannibalizing the oranges in the past years. This year, though, it’s been the other way around. We’ve been seeing incredible demand for the oranges and a very strong market, which has been due to the pandemic,” Fraser-Jones says. “We don’t know if this trend will hold, but with more people working from home and going out less, I could see the orange demand being more stable going forward,” he adds.

For the mandarins, the demand has been lower than usual, but stable nonetheless, so far this season. “The early mandarins had lower eating quality so that did affect the category. Though the mandarins that are coming in right now have very good eating quality,” says Fraser-Jones. Chile and South Africa are now starting with their late season mandarins, so an increase in mandarin supply is expected in the coming weeks. “The market has been stable for the mandarins but with the increased supply that will be coming in, the market going forward has the potential to be overstocked,” Fraser-Jones says.

South Africa: High volumes on oranges this year
For South Africa, this has been a good year for oranges. “At the beginning of the season there were a few challenges for South Africa to deal with. They had a good amount of winter rains, which was good overall, but it did affect the arrival quality of the fruit. The fruit had good eating quality but had some rain effects. Additionally, there were a few logistical issues that were caused by the pandemic at the beginning of the season. The ports in Cape Town were low on manpower due to the covid-19 precautions and this caused delays on shipments – which then led to container ships bypassing Cape Town because they didn’t want to be delayed. There were containers loaded with fruit that sat in the ports for up to three weeks before they were even loaded on vessels, so this caused some quality issues on arrival. But that has fortunately all long been resolved,” Fraser-Jones says. 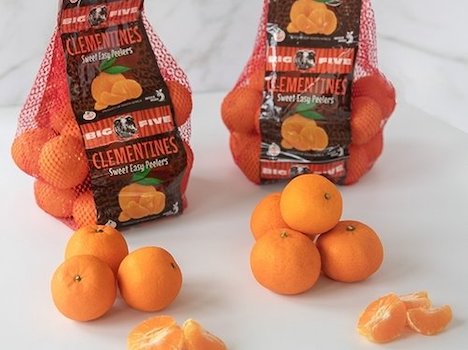 Despite these challenges, the overall South African orange season has been a good one, Fraser-Jones shares. “2019 was an off-year for volumes, so we’ve seen a great increase in volume this year compared with last year. In 2019, there were around 1.8 million cartons of 15kg each and this year the estimates are around 2.9 million. So, it’s been very good, and the demand has been very strong.”

“Overall, we have had a very busy summer and experienced good growth in the citrus category here at Seven Seas and Tom Lange. We look forward to continuing that growth going forward,” Fraser-Jones concludes.