The organic producers in the Lake Constance district are starting the new apple season with good harvest prospects. The marketing of the early varieties has almost come to an end, the first stock apples - such as Gala and Elstar - are already being harvested. "Fortunately, we have had enough rainfall in between and therefore, we had few problems with sunburn. Overall, we are expecting an average yield, similar to last year," says Birgit Gutberlett, Managing Director of Ökobo LLC, based in Meckenbeuren.

During the lockdown, the stocks from last year's harvest were probably well received, Mrs. Gutberlett looks back. "From the end of March we felt an increased demand, which is why the last remaining stocks were already running low at the beginning of June. At the end of July, we were able to market the first local early apples, such as Collina and Deljonca. The marketing of these apples is now largely finished, only small remainders of Delbarestivale are still available." 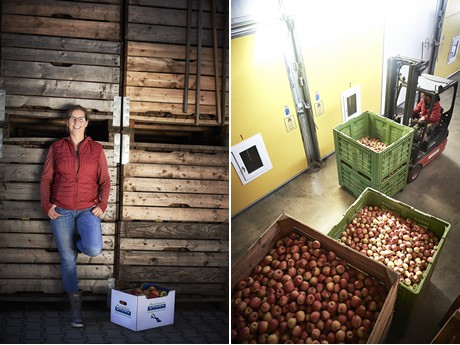 On the left: Birgit Gutberlett is the managing director of Ökobo LLC

Promising start of the main harvest
Directly following the early varieties, the harvest of the stock apples starts. The first volumes of Gala and Elstar are already finding their way to the health food trade. New Cox and Topaz will soon arrive in the trade. Gutberlett: "Because of the good weather conditions and the currently cooler temperatures, the coloration of the apples is gradually improving." 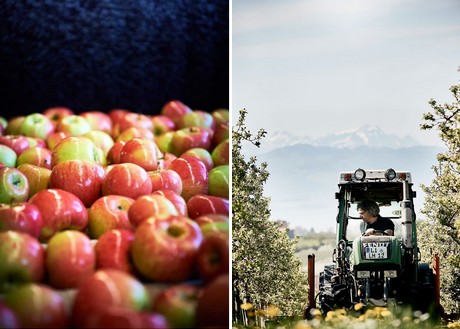 In contrast to apples, organic pears are more of a manageable market segment for Lake Constance growers. Williams and Conference are already ready for picking, smaller volumes of Novembre (also known as Xenia in the conventional segment) will come later. The supply usually runs out by Christmas.

The organic apples from the new harvest were also well received by consumers, it is noted. "During the lockdown, the stock apples were traded at quite high prices because the supply was hardly sufficient to meet the demand. The early varieties were also sold at quite high prices". How the prices of the main harvest will develop is difficult to forecast at the moment. "The Lake Constance district has traditionally had a high degree of self-sufficiency - we are therefore very dependent on the quantities of orchard fruit when it comes to pricing."

SweeTango is also already being harvested. The club variety plays a rather subordinate role in organic cultivation compared to conventional production volumes.

Plums in the final stretch
While the apple harvest is slowly picking up speed, the plum season is in its final stretch. "The campaign has got off to a great start - we have consistently had too little merchandise to meet the high demand. Now the supply has finally comes to an end: The last Presenta plums under roof will probably hit the market in weeks 38-39."