"Early entry for Spanish cucumbers, peppers and mandarins on the market"

It is still early September, but the first Spanish cucumbers, peppers and mandarins are already arriving on the Dutch market. They share one common denominator; the prices are reasonable for Dutch greenhouse vegetables and overseas citrus on the market, so the Spaniards smell money. But, according to Pieter de Ruiter of the 4Fruit Company, that is currently not so easy to realise for the Spanish products.

"Dutch cucumbers are currently fairly expensive, varying from 7.25 Euro for a box of 16'ers to 9.50 Euro for a box of 12N. These are quite good prices for the beginning of September. The prices for Dutch peppers are no different, with prices of 10 Euro for red, 9.50 Euro for green, 10 Euro for yellow and 17-18 Euro for orange peppers. But for the Spanish vegetables it is not easy to compete with this. I had a load of yellow peppers (double G) myself, they are thick, but the skin is still thin and the product is very sensitive," says Pieter. 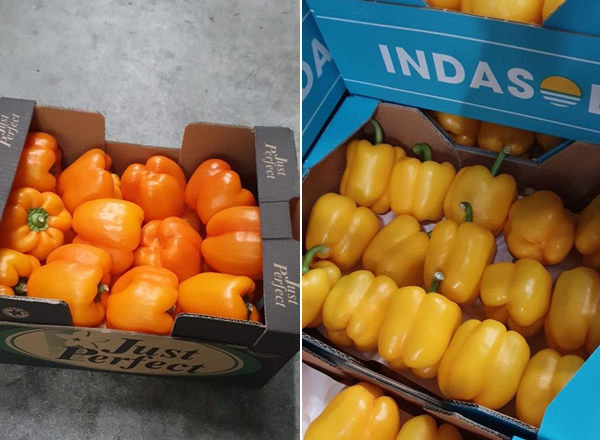 The Spanish melon season is now really coming to an end. "Brazil is slowly taking over and the season is ending calmly. The start of the season in Almeria was very good, but the Murcia season has been very normal. That in itself is a shame because this is where the best melons come from, only the growers are not rewarded for it," says Pieter.

The Spanish stone fruit season has also come to an end. "We have had a season with fewer kilos, but no quality problems at all. I am therefore happy with how the season has gone. We are currently still offering Turkish peaches and nectarines and French plums and nectarines."

The first Spanish mandarins are also back on the market. "Actually, this is much too early," says Pieter. "There are still beautiful Nadorcott from Peru and South Africa and Minneolas from Peru on the market with a good brix value. Prices for good Nadorcott are at a level of 14-15 Euro. Just try coming on the market with pale Spanish Satsumas grown under heated conditions. Let's call those first mandarins very reluctantly sweet. You ask for 9 Euro and get 8, leaving no one satisfied."

The first Spanish persimmons are expected at the beginning of October. "There will be fewer persimmons, but there has been a lot of dishonesty about how much less, so I don't daren't comment on that yet," the importer concludes.